Cayenne pepper has long been used to combat hair loss in various forms. The plant was originally used as a spice in Central and South America in the 15th century. It later spread to southeastern Asia, Europe, and North America.

It was also used for medical purposes in many different cultures around the world. Many people today still rely on it to treat certain medical conditions. In recent years, many have started using cayenne pepper to combat hair loss. Scientists and medical researchers are just now starting to study this unique treatment in-depth.

This article will review the scientific evidence related to cayenne pepper for hair loss. This will include how you can add cayenne pepper to your diet in a way that can possibly stimulate hair growth.

What is Cayenne Pepper? 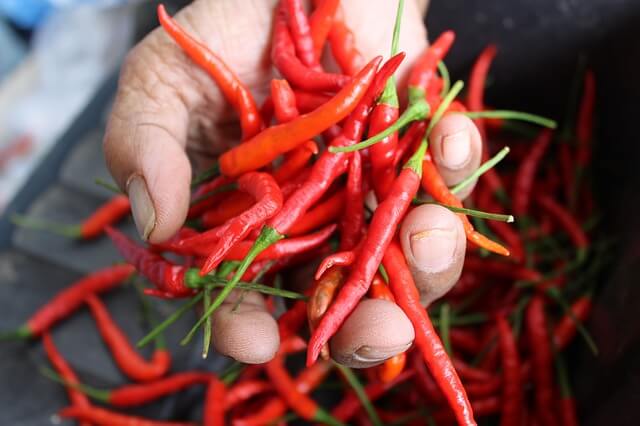 Cayenne pepper is a member of a group of sweet and chili peppers. Its scientific name is Capiscum annuum Cayenne. It is a good source of Vitamin A and also contains potassium and fiber.

Cayenne pepper is mainly considered to be a spice. People around the world use it in dried form, either as a powder or as flakes. It is famous for its uniquely spicy taste and is a common ingredient in many hot sauces. The compound in cayenne pepper responsibly for making it so hot is capsaicin.

Many people have previously discussed cayenne pepper’s many benefits for your overall health as well. Doctors and natural health experts often recommend it for a variety of health issues, including:

Because it can stimulate so many of the body’s healing functions, people have used it for thousands of years to treat things like open wounds and sores.

This interest in cayenne pepper among the health community led to curiosity about its use as a possible hair loss treatment.

For many hair loss conditions, inflammation and hair follicle miniaturization is at the root of the problem. 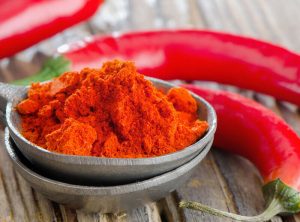 Interestingly, a 2019 report suggests a link between capsaicin and the induction of inflammation as a possible treatment for many inflammatory conditions (1).

When capsaicin is applied topically, it creates an inflammatory response at the cellular level. The capsaicin will excite the sensory neurons, leading to localized burning and neurogenic inflammation.

While it seems counteractive to induce inflammation as a way to treat it, it actually makes sense.

When the topical capsaicin triggers the inflammatory response, this sends a signal to the immune system. The immune system will then flood the area with anti-inflammatories as a way to stimulate the cellular healing process.

When all is said and done, the temporary inflammation triggered by capsaicin will cancel out the chronic inflammation that occurs as a result of medical conditions, including androgenetic alopecia.

The use of capsaicin on a regular basis can also cause desensitization. This is helpful in the treatment of many painful, inflammatory conditions.

When this group of receptors receives cannabinoids, which can come from a variety of different sources (including marijuana, but also many other plants, medicines, and chemical compounds that we may ingest), these receptors can stop hair growth. This has been found to be especially true when the body is in periods of high stress.

Cayenne pepper contains a natural cannabinoid blocker – in fact, it is one of the only known natural elements that contain this blocker: CB1.

Because cayenne pepper blocks cannabinoids and prevents them from reaching these receptors, it can prevent and combat hair loss. Cayenne pepper can be especially helpful if you know you have been losing hair due to stress.

Since cannabinoids are found in marijuana, it is especially important to stay away from any products that contain THC if you are concerned about hair loss. Learn more about marijuana-related hair loss here.

Capsaicin As A Hair Growth Stimulant

Because capsaicin is such a powerful stimulant, it is also very effective in treating hair loss. Studies done by Nagoya City University in Japan have shown that patients with alopecia responded very well to cayenne pepper treatments.

This is because capsaicin activates certain receptors beneath the skin that produce peptides that increase the production of insulin-like growth factor I. This is a very important component in the body’s creation of hair. Over time, patients who use cayenne pepper treatments will see an increase in hair growth in the applied areas. 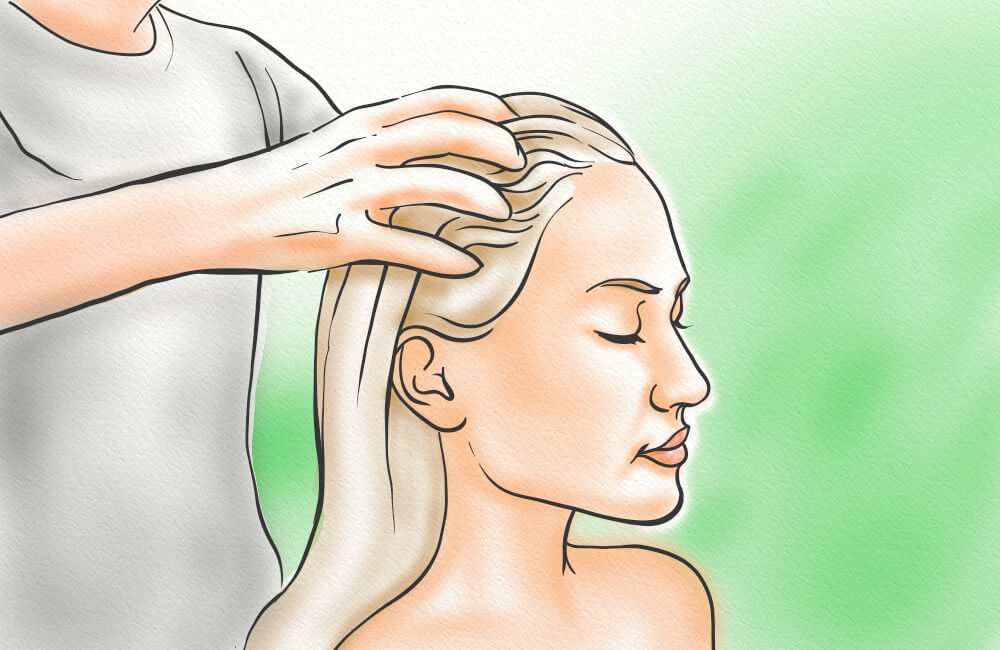 There are a few different ways to use cayenne pepper to treat hair loss. Many of these are relatively new, and we have no safety data from clinical research. It is very important, therefore, to do a small test to see how your body will react to the cayenne pepper before doing a full treatment.

One of the most common ways to treat hair loss with cayenne pepper is to make your own hair mask or hair oil. This is very easy to do at home. There are various recipes you can use depending on the ingredients that you have, which we will discuss later in this article.

Some companies sell topical creams and moisturizers containing cayenne pepper that you can use to combat hair loss. There are also some hair supplement tablets that contain capsaicin. Many companies now also sell supplements made specifically out of cayenne pepper. These are typically in the form of capsules or tinctures.

When testing any new treatment for hair growth, it is very important to be careful and to be aware of any potential side effects.

Although cayenne pepper has many benefits for those who are looking to increase hair growth, it can also be harmful if not used correctly. Do a patch test of any cayenne pepper hair treatment on a small bit of skin a day or two before the full treatment.

This will give you an idea of how your skin will react to it. Some people have to discontinue use because they are just too sensitive.

Here are some of the most common side effects of using cayenne pepper topically.

How to Grow Cayenne Pepper

You can easily buy cayenne pepper at the store, but you will get a fresher ingredient if you grow it yourself.

Growing cayenne pepper at home is fairly simple for most people, depending on where you live. To start, you will need potting soil, which you should put into a container and water. Let the water drain for a full day before planting.

You will need to plant your seeds roughly a quarter of an inch under the surface of the soil. Make sure the seeds are evenly spaced, and that they have at least an inch of space in between them.

Place your plant under a window that gets lots of strong sunlight. The plant will fare best in weather averaging about 75 degrees Fahrenheit. This means you should either plant during the summer, or maintain your space at roughly this temperature. 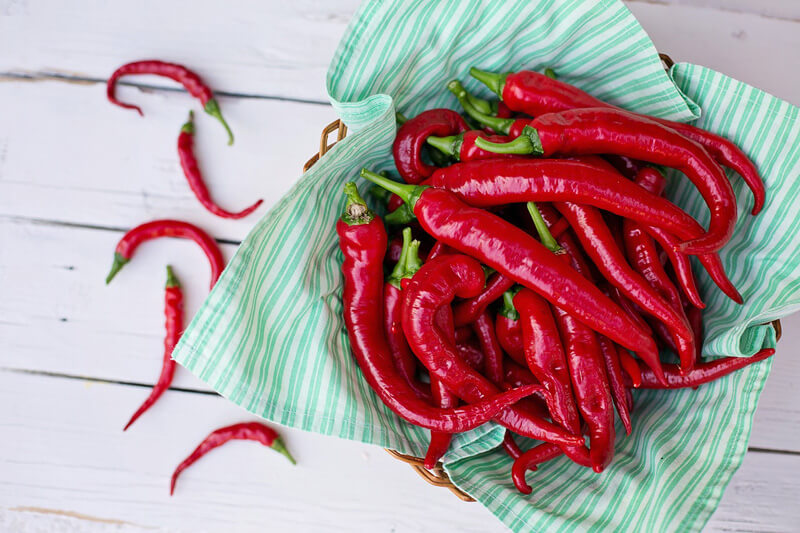 If you are interested in treating hair loss at home with cayenne pepper, there are a few common recipes that you can use.

Mix four tablespoons of honey with one tablespoon of ground cayenne pepper. Apply the mask to your hair or scalp while damp, and then wrap it with cellophane and a towel. Leave the mask on for forty minutes at the most.

Mix one tablespoon of cayenne pepper powder with one tablespoon of olive oil, 20 grams of brandy, an egg yolk, and two teaspoons of lemon juice. Let the mixture sit for half an hour before using. Apply to the scalp with your hands. Let it sit for another half hour.

The stimulating properties of cayenne pepper make it a very promising hair growth treatment. In particular, the presence of capsaicin and natural cannabinoid blockers make this ingredient very effective for combating hair loss.

Cayenne pepper is also extremely healthy to use as part of your diet in general. At the end of the day, a healthy diet and lifestyle are useful in their own right against hair loss.