Minoxidil Once or Twice a Day?

When it comes to treating hair loss, there is one treatment that is used by millions of people worldwide: minoxidil.

This guide will introduce minoxidil and discuss how it works and who is a good candidate for the treatment. It will then highlight the best way to use minoxidil for success and whether minoxidil once or twice a day is recommended for everyone.

The active ingredient minoxidil was first developed as an oral treatment for hypertension (1). It was during clinical tests, however, that researchers realized the hair regrowth potential of the medication.

In 1986, the topical minoxidil solution was approved by the FDA for treating Androgenetic Alopecia (AGA). The product line has expanded over the years to include minoxidil foam and womens’ minoxidil products.

How Does Minoxidil Work?

As a known anti-hypertensive, one of minoxidil’s mechanisms is increased blood flow. When applied topically, the increase in blood flow is localized. This is due to minoxidil’s efficacy as a potassium channel opener.

There are other suspected mechanisms as well, including prolonged anagen (active growth) phase and increased hair follicle size (2).

For men and women with AGA, the drug works to create an ideal environment for hair growth. It ensures the delivery of blood, oxygen, and nutrients to the hair follicles. As such, it treats the problem of AGA indirectly.

Who Is a Good Candidate for Minoxidil?

The best candidates for minoxidil use are men and women suffering from AGA, or pattern hair loss.

Pattern hair loss is hair loss that occurs in men and women in a defined pattern.

The exact cause of pattern baldness is unknown, though the sex hormone Dihydrotestosterone (DHT) is known to play a major role (3).

Unlike finasteride, the only other FDA-approved drug for hair loss, minoxidil does not target DHT. Instead, minoxidil makes it possible for hair growth to occur despite the presence of DHT and other factors.

You may be a good candidate for minoxidil if you are on the lower end of the Norwood-Hamilton scale of hair loss.

It is in the later stages of hair loss, stages IV+, when more aggressive treatments must be considered either alone or in conjunction with minoxidil.

You should not use minoxidil if any of the following apply:

If you have any chronic medical condition, speak with your physician before you begin using minoxidil.

How to Use Minoxidil for Hair Growth

For best results, you should use minoxidil as directed. The available formulations and directions differ for men and women.

The dosing instructions differ by formulation. They are as follows:

The FDA has approved two formulations of minoxidil for use in women: 2% topical solution and 5% topical foam.

The dosing instructions differ by formulation. They are as follows:

The most common side effects of topical minoxidil are scalp irritation and changes in hair texture or color (4).

During the first few weeks, you are likely to experience a period of increased hair shedding. This is a normal part of the process.

During the hair growth cycle, hair fall occurs during the telogen phase. This is when the hair has detached from the hair follicle bulb to make room for a new anagen phase hair. The application of minoxidil speeds up this process until a prolonged period of anagan phase is achieved. 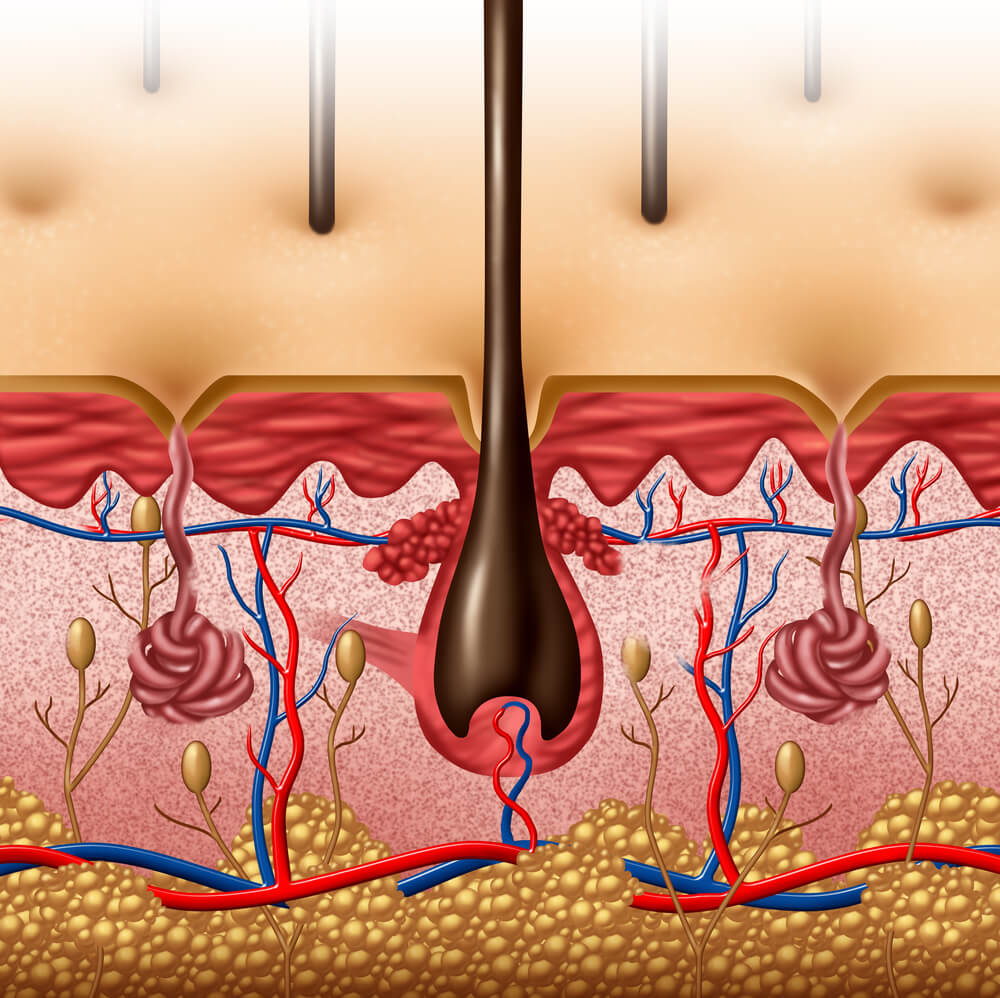 There is no evidence to suggest that topical minoxidil has systemic side effects (5).

Is Minoxidil Once a Day Enough?

There is no reason that minoxidil once a day would not provide positive results. As is to be expected, though, the results will likely be less than those who use the product twice a day.

The results of once-per-day versus twice-per-day minoxidil use were studied in 1987 (6). This was completed as part of a larger study on minoxidil efficacy.

At the end of the 2 year, 9 month study, the results were as follows.

The subjects who ended the study with once-daily minoxidil application saw a mean change from baseline nonvellus hair count at 1 year of 291.2 (range of hairs four to 553) and at 2 years 9 months of 235 (two to 592 hairs).

The subjects who ended the study with twice-daily minoxidil application saw a mean change from baseline nonvellus hair count at 1 year of 323 (15 to 589 hairs) and 335 (13 to 808 hairs) at 2 years 9 months with maintenance topical minoxidil.

The results clearly show that twice-daily minoxidil use greatly improves the maintenance of minoxidil regrowth. In some cases, it even contributed to continued growth between 2 years and 2 years, 9 months.

There are many reasons you may prefer to use minoxidil once a day. The most common are lack of time or a dislike for how the product leaves your hair (e.g. too greasy, too stiff). Due to this, many minoxidil users who use the product just once per day prefer to apply it at night.

As the study above highlights, you may have better results by first using minoxidil on a twice-daily schedule. For maintenance, you can then switch to once-daily to maintain that regrowth.

How to Ensure the Best Possible Results

Whether you use minoxidil once or twice per day, there are some basic guidelines to ensure you are getting the most from the dosage.

By speeding up the minoxidil drying process, you reduce the amount of time the solution has to absorb into the scalp. This results in less direct absorption.

Avoid Rinsing or Washing Your Hair

You should avoid rinsing or washing your hair for at least four hours after you apply minoxidil.

It is hypothesized that applying minoxidil to a damp scalp will improve absorption over that of a dry scalp (8). The reasoning is as follows:

Use in Conjunction with Microneedling

While you should not apply minoxidil immediately before or immediate after microneedling, it can be used in conjunction with this therapy.

Microneedling is a procedure that can be performed at home. It involves the use of tiny needles to wound the scalp. The wound healing process triggers a few beneficial processes, including collagen production and dermal papilla cell proliferation (9).

Where does minoxidil come into play?

At the end of 12 weeks, the results were clearly in favor of the microneedling + minoxidil group.

As a therapeutic approach to hair loss treatment, minoxidil has decades of success. This is true whether used twice-daily (as recommended for most formulations) or once-daily.

While the results are likely to be improved in those who use minoxidil twice-daily, that does not mean you should write off the drug if you can only commit to once-daily use. As the results show, once daily-use can still contribute to hair growth over baseline hair counts and it can even help to maintain re-growth long term.