A Complete Guide To The Norwood Scale With 7 Real Examples

If you are facing hairline recession, you may be wondering exactly where you fall on the hair loss scale. After all, knowing this can tell you a lot about the cause of your hair loss, and may even give you hope for treating it.

This post will introduce you to the Norwood scale. This will include a complete walk-through of the 7 major stages, and 7 REAL examples you can use to measure your own loss.

At the end of this piece, you will learn THREE steps you can take right now to stop hair loss and perhaps even reverse it.

What is the Norwood Scale?

The Norwood Scale is a classification system that hair loss professionals use to diagnose different stages of Male-Pattern Baldness (MPB). It consists of 7 major stages and various subsets.

This scale, also referred to as the Hamilton-Norwood scale, was first developed by Dr. James Hamilton in the 1950s. The scale was later revised by Dr. O’Tar Norwood in the 1970s. This later revision is the one most commonly used today.

The main additions to the original Hamilton scale were subsets. These offer variations in the hair loss pattern, and we will explain them in more depth below.

The 7 Stages of the Norwood Scale

The Norwood scale offers a solid outline of the different stages of hair loss. While slight variations may occur in real life, its widespread use by hair loss professionals is a testament to its accuracy.

Also sometimes referred to as a juvenile hairline. Those with a Stage 1 on the Norwood scale have no hair loss at all. In fact, this is the stage that most boys’ hair will remain at until their hairline matures (typically in the late teens and early 20s).

It is rare to retain a Stage 1 hairline throughout your entire life. However, a few well-known figures have done just that. The late Ronald Reagan is one example. He was joined by another former President, Bill Clinton, as well as the late chef and television personality Anthony Bourdain.

It is at this stage on the Norwood scale that men begin to notice a slight recession in their hairline. This can be alarming, but it does not always mean that hair loss is imminent.

As young men lose their juvenile hairline, a more mature one will emerge. This is distinguished by a slight recession at the temples. 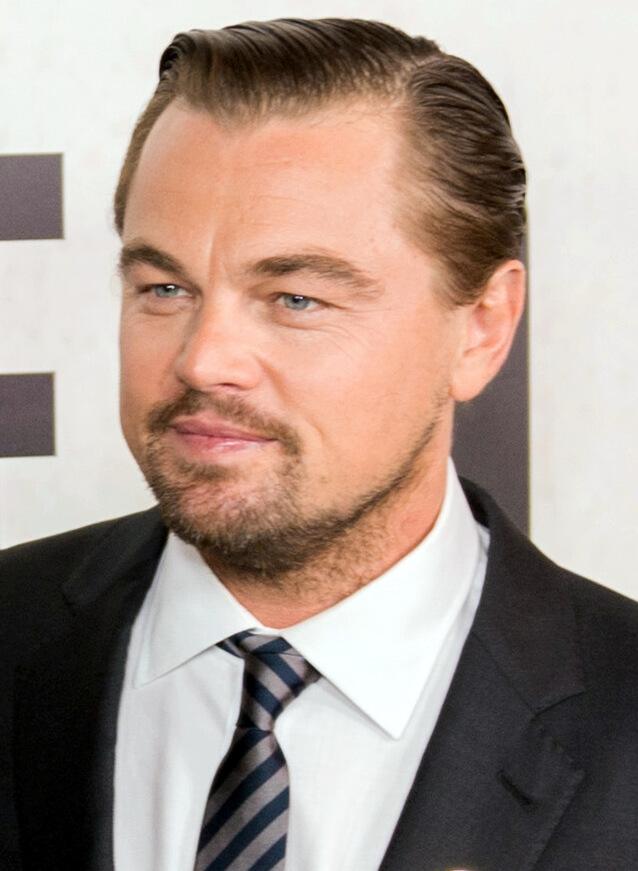 At this stage, such a hairline is not considered to be a sign of MPB. That can quickly change, however, as men transition from Stage 2 to Stage 2A.

Considered by many hair loss professionals to be the true start of hair loss, Stage 2A shows a very clear recession at the temples and front hairline.

For many men, the M-shape will start to disappear as the patch of hair at the front begins to recede alongside the temples.

At this point on the scale, the classic M-shape associated with MPB will become more noticeable. This is the point where many men begin to seriously consider their treatment options.

While the M-shape can be lost at Stage 2A, it will reappear as the temples recede further. In Stage 3A hair loss, the recession is not quite so deep as 3, but it is more noticeable. 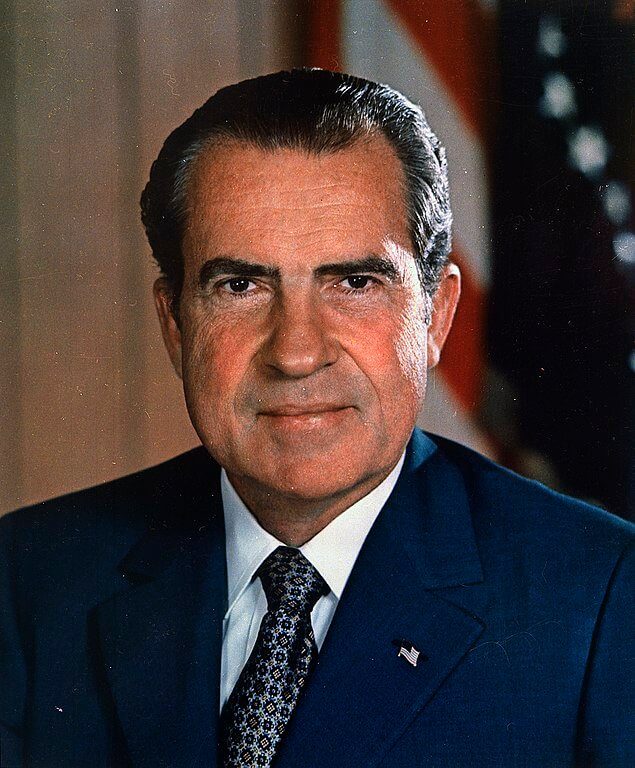 An additional subset of Stage 3 is 3V. Along with the increased hairline recession, this class of hair loss also begins to affect the vertex (or crown) of the head.

A popular figure with a clear Stage 3 distinction is the late President Richard Nixon.

The difference between Stages 3 and 4 can be mild but noticeable if you know what to look for.

In particular, men at Stage 4 will have more recession at the temples. This will form a deeper M-shape. Additionally. the strip of hair in the middle may begin to thin around the edges. Thinning at the crown also becomes more noticeable.

Jude Law is an example of Stage 4. The recession in his temples has deepened beyond Stage 3, and thinning of the middle patch is also evident.

At this point, a small patch of hair may or may not be still present at the front of the scalp. If it is present, it has become slimmer, and the hair at the temples is completely gone.

In both 5 and 5V, the patch will likely be present. However, in 5A the patch is completely gone as the recession is complete.

In 5V, you will also notice the patch of hair loss on the vertex is growing.

As the midway between stages 5 and 7, stage 6 is marked by a fusion of the bald patches in the front and vertex. This happens as the  “bridge” of hair that separated the vertex from the front disappears.

Only fine, miniaturized hair now remains at the top of the head.

In the photo above, Louis C.K. offers an excellent example of Stage 6.

The most severe form of Male-Pattern baldness, Stage 7 marks the complete loss of hair on the top of the scalp.

The only remaining hair is the classical “horseshoe” hair that runs around the side and back of the head. This part of the scalp remains thick as ever and is impervious to baldness. It also forms the donor area from which surgeons transplant healthy follicles in hair transplants.

Jason Alexander and Larry David of Seinfeld fame are Norwood 7:

How to Diagnose the Different Stages of Hair Loss

If you think you are losing your hair, it is important to meet with a professional hair loss specialist for an official diagnosis. While you may not be interested in the treatments they offer – including minoxidil, finasteride, and transplant – it is still good to know where you are on your hair loss journey.

Depending on which specialist you see, they might diagnose your hair loss in different ways.

A dermatologist or hair loss restoration surgeon can perform a variety of medical tests. These include blood draws and biopsies. However, this is mostly for confirmation purposes, as a trained professional can typically diagnose the stage of loss with just a look.

What Is the Best Stage for Hair Regrowth?

Put simply, the earlier you begin your regrowth efforts, the better the results will be. This means monitoring yourself for signs of hair loss early (if you suspect it will be a problem), and treating the issue proactively.

Hair loss is not a problem for everyone, but around a third of American men will notice signs of thinning and loss by the age of 35. This increases to over 50% by the age of 50.

This shows that hair loss – whether caused by genetics or environment – is a serious concern for the vast majority of men (and many women). As such, you should take a proactive approach to hair loss treatment, and begin to treat before your loss progresses on the Norwood scale.

Here are some of the most low-cost but effective steps you can take to stop your hair from deteriorating further.

First, remove store-bought hair products from your care routine. These include shampoos, conditioners, and styling products. The ingredients within these products (such as alcohol and SLS) can cause harm to the scalp, including dryness, itching and irritation.

(Learn more about making your own shampoos here.)

That is because many of the ingredients are additives to preserve the shampoo’s integrity and extend the shelf life. They have nothing to do with your hair or scalp’s health.

Second, clean up your diet. At first, this may mean removing alcohol, dairy, and other inflammatory foods. However, you should move closer to a whole foods diet as you progress on your journey.

A diet that consists largely of whole foods – such as lean meats, fruits and vegetables, nuts and seeds, and whole grains – will ensure that you are getting the essential vitamins and nutrients. This is crucial to supporting the hair follicles and other such structures.

Third and final, a regular scalp massage and exercises routine is a great way to increase blood flow and revive the hair follicles.

In fact, this is one of the most powerful ways to regrow your hair.

You might already know that blood flow to the scalp delivers essential vitamins and nutrients. This delivery ensures your hair follicles and hair strands have access to the building blocks that keep them healthy. However, oxygen also travels through the bloodstream.

Without proper oxygen delivery, your hair follicles can begin to “choke”. Essentially, they will slowly wither and die as the oxygen deprivation continues. As this happens, the follicles miniaturize,  further complicating the delivery of oxygen. Of course, it also causes the hair strands to grow shorter and thinner:

When you use scalp massages and exercises to stimulate blood flow, you are also bringing more oxygen to the follicles. This is one the key components of a healthy scalp.

If you are just starting your hair regrowth journey, it helps to understand exactly how much hair you have lost. That is where the Norwood scale comes in handy. However, that is only just the beginning.

With this information in hand, it is now your turn to make the necessary changes to see regrowth. It will not always be easy, especially when it comes to lifestyle changes. But, it WILL be worth it in the end.

Always talk to a qualified medical professional before you get started with a hair loss treatment.