Various have case studies have shown that Tocopherol could help reduce hair loss, but is there any truth to these claims, and if so, why?

In this article I’m going to discuss how and why this vitamin can be used to stimulate hair growth.

I’ll also show you the best way to use it, in its natural and supplement form.

What Exactly Are Tocotrienols?

Tocotrienols, like Tocopherols; are quite simply a form of vitamin E.

The vitamin E group consists of 4 tocotrienols and 4 tocopherols, D-alpha tocopherol being the most common, found in most vitamin E supplements bought over the counter.

Tocotrienols, on the other hand, have a different molecular makeup than their Tocopherol counterparts.

Namely, the “tail” of the vitamin E molecule is short and unsaturated, making it easier for the tocotrienol molecule to access cells.

Tocotrienols are clearly the superior form of vitamin E, but what can it do for hair loss?

The power of tocotrienols lies in their antioxidant levels. It has been found that those who experience alopecia also have lower levels of antioxidants in their scalp area.

In a 2010 study, 21 volunteers were given 100mg of mixed tocotrienols daily which included alpha, gamma and delta-tocotrienols as well as 23 IU of alpha tocopherols, whereas 17 were given a placebo.

It’s important to note, however; that the weight of the strands did not differ to the weight prior to supplementation.

This proves that tocotrienols do not increase thickness or quality of strand, but amount of hairs in any given area on the scalp.

What To Look For In A Supplement

Although certain food products contain tocotrienols, you would have to injest quite a bit just to reach 100mg per day.

In a government study, Coconut was found to contain the most tocotrienols out of all the fruits and vegetables tested with 0.79 mg of alpha-tocotrienols and 0.18 mg of gamma-tocotrienols per 100g.

That’s about 1 1/4 cups of dried coconut shreds just to put that into perspective. 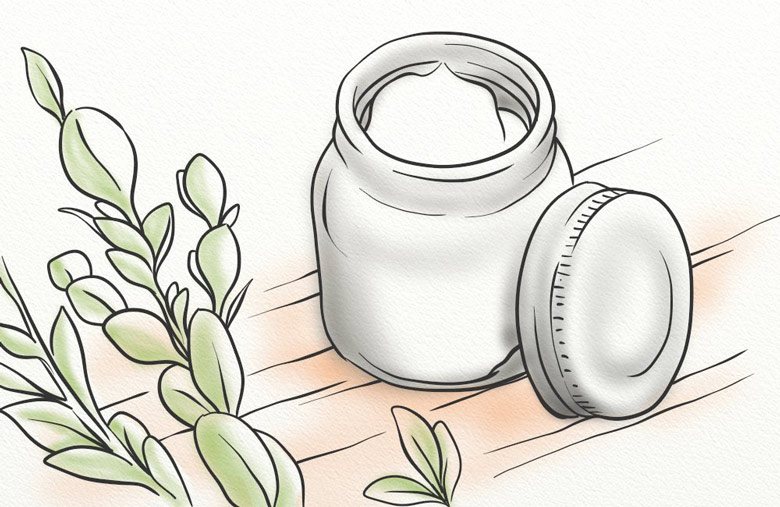 Annatto seed was also found to contain a high amount of delta-tocotrienols per 100g coming in at 147 mg, but that is only 1 of 4 tocotrienols necessary for hair growth.

It’s pretty clear that buying a tocotrienol supplement is the best way to go if you are looking to treat thinning or balding.

One of the best natural supplements out there is palm fruit extract which is a tocotrienol/tocopherol complex in itself. 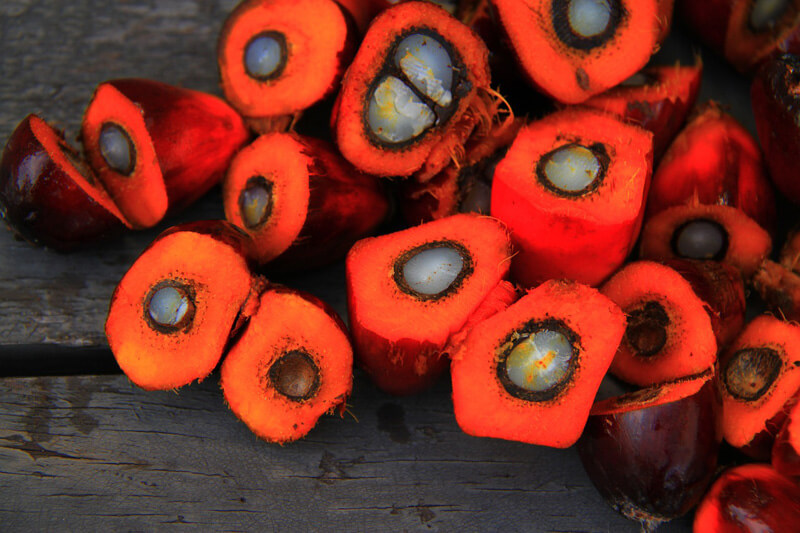 Try to find a tocotrienol complex that includes all four tocotrienols (alpha, gamma, beta and delta) similar to the “mixed tocotrienols” used in the study, as well as tocopherols.

Natural forms such as palm fruit are always better absorbed than synthetic forms.

It is also important to keep in mind that supplementing with too much of one particular form of vitamin E can throw off and even suppress the absorption of others.

It has been proven that high doses of alpha-tocopherols deplete gamma-tocopherol as well as puts the patient at a higher risk of cardiovascular disease.

So you can see how important it is to not take too much of one type of tocotrienol or tocopherol.

The safest way to go about supplementing tocotrienols is to be sure you are getting the full spectrum of vitamin E (all 8 molecules) keeping your dose of alpha-tocopherol around 30 IU.

In conclusion, Tocopherol may have some benefits for hair growth, but don’t expect massive amounts of regrowth.

I tend to side towards natural supplementation, which, in this case, would mean adding more coconut based products to your diet.

This is a good idea in general, and will help your hair situation in other ways as well. For example, coconut contains healthy fats that can help with dandruff problems. In addition lauric and myristic acids contained in coconut oil inhibit 5a-reductase which will help also.

You could also try a homemade shampoo that contains coconut oil. Another option would be to create a coconut milk hair mask which soothes the scalp, and is good for the hair follicles. 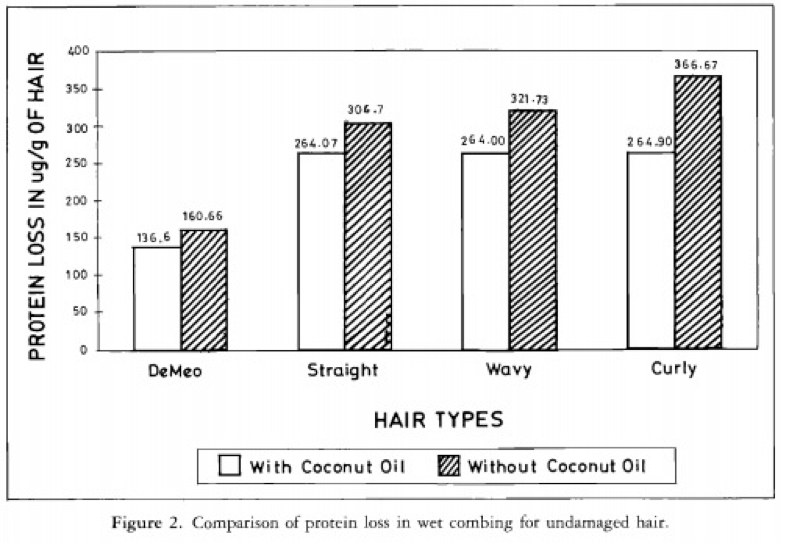 As you can see from the graph above, coconut oil helps to protect the hair from protein loss, whilst also providing the vitamin E that would be beneficial to the scalp and hair follicles.