Does Nicotine Cause Hair Loss? 4 Reasons to Quit Smoking Now!

Smoking is an unhealthy habit, but it is one that millions of Americans struggle with everyday. However, you may be surprised to learn that nicotine is a cigarette’s most harmful substance when it comes to hair loss.

This article will discuss the connection between nicotine and hair issues, such as thinning and balding.

This will include a look at the general health risks of nicotine and what you can do to combat or eliminate these risks.

Nicotine is a substance found naturally in the nightshade family of plants (including tomatoes and eggplants). However, tobacco is one of the largest sources of nicotine, with 0.6% to 3.0% of nicotine making up tobacco’s dry weight. 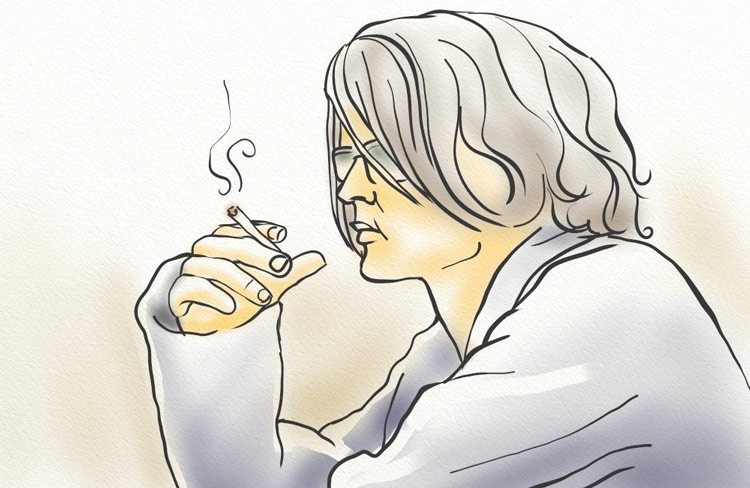 As it is a component of tobacco, nicotine is a substance found in cigarettes, cigars, and e-cigarettes. It is a highly addictive substance which contributes to compulsive use, relapse after abstinence, and physical dependence.

The Health Risks of Nicotine

We have known for decades that nicotine is a harmful substance. However, only in more recent years has its full ill effects been studied and better understood. Here is a closer look at the health risks of nicotine use and how they relate to potential hair loss.

Blood pressure is, as it sounds, the pressure level of your body’s blood as it travels throughout the circulatory system. This is a diagnostic measure, commonly used by medical professionals, that can determine risk for medical conditions such as heart attack and stroke (the higher the pressure, the higher your risk).

One risk of nicotine use is the increase in blood pressure it produces (1).

With blood pressure levels increased, your blood vessels become constricted. This can mean that the delivery of vital nutrients and oxygen is decreased, and your non-essential body parts (including hair) won’t receive what they need.

As a result, high blood pressure can indirectly lead to hair fall by decreasing the nutrients and oxygen that make their way to the follicle. If left untreated, this can lead to permanent balding (as hair follicles will soon die with insufficient oxygen).

Nicotine is not the only substance inhaled when smoking. Another is carbon monoxide, and it directly decreases the amount of oxygen circulating throughout your body.

Oxygen actually plays an important role in hair follicle health, as mentioned in the above section on blood pressure. So, not only does smoking make it more difficult for oxygen to be delivered to the scalp, but there is also generally less to start with.

And this can lead to worsening hair loss in men and women with the most common cause of hair loss, Androgenetic Alopecia (AGA). Here is how.

One of the main factors in AGA is the presence of DHT, a hormone that is naturally produced and often causes no harmful effects. However, people with AGA have hair follicles which are sensitive to this hormone. When it attaches to the follicles, this leads to miniaturization.

But did you know that low oxygen levels are actually ideal for the production of DHT?

DHT is produced when testosterone (the male sex hormone) and 5AR (an enzyme) interact. However, oxygen is also necessary for this interaction, but it does not require much of it. As such, DHT can easily be produced in low-oxygen environments.

Interestingly, increasing oxygen levels will lead to the production of less DHT. How is that? Because another by-product – estradiol – can also come from the interaction between testosterone and 5AR. However, it requires more oxygen than DHT does.

This means that increasing oxygen levels in the scalp will lower DHT levels and increase estradiol levels. This is good news for hair loss sufferers in two ways.

As such, you can take a two-pronged approach to fighting hair loss just by simply increasing oxygen levels in the scalp.

Aging is a normal process, and it is one that is caused by a number of factors.

Free radicals are one such factor, and smoking can increase free radicals within the body and increase the rate at which your skin (including the scalp) is aging.

Free radicals are incomplete atoms. To complete themselves, they steal electrons from surrounding molecules, such as those in the skin and hair.

As the molecules are broken down by the radicals, the surrounding structures have difficulty supporting themselves. The smoke of cigarettes add to the environmental damage of your skin.

(Learn more about antioxidants – the enemy of free radicals – here.)

This is what leads to aging – both premature and natural – and is a known cause of age-related hair loss.

While the majority of hair loss sufferers are diagnosed with Androgenetic Alopecia, a nonimmune form of thinning and balding, immunity is still important when it comes to staying healthy. This is similar when speaking of scalp and hair health.

Nicotine has actually been shown to slow and stop the cell cycle (3). As such, this can lead to a reduction in T-cell production.

T-cells are one of the body’s main defenses against foreign body attacks, including bacteria and fungus. This is only one element of immunity influenced by smoking.

With a lowered immunity, bacterial and fungal infections find it much easier to take hold. Such infections, including dandruff and ringworm, can then lead to increased hair loss.

Is Nicotine Use a Direct Cause of Hair Loss?

Will using nicotine lead to immediate and irreversible hair loss? No. However, prolonged use can certainly contribute to poor health and, as a result, hair thinning and balding.

With the advent of e-cigarettes, vaping has become a popular trend among smokers. After all, it is a much safer alternative to cigarettes, right?

Unfortunately, vaping is not as safe as e-cigarette companies would have you believe. In fact, the use of e-cigarettes comes with its own side effects, including a condition known as Popcorn Lung (4).

Health risks aside, though, can the nicotine within e-cigarettes also lead to hair loss? Yes.

Nicotine, no matter how it is used, is a substance that is harmful to the body.

How to Combat Nicotine-Related Hair Loss

While giving up smoking is the best course of action, there are a few things you can do to reduce (but not eliminate) nicotine’s effects on the body.

With oxygen levels decreased and blood pressure increased, the flow of oxygen throughout your body is severely limited. You can boost these levels with meditation and/or deep breathing.

Meditation and deep breathing have a number of benefits for the body, whether you are a smoker or not. These include stress reduction and a decrease in carbon dioxide levels. 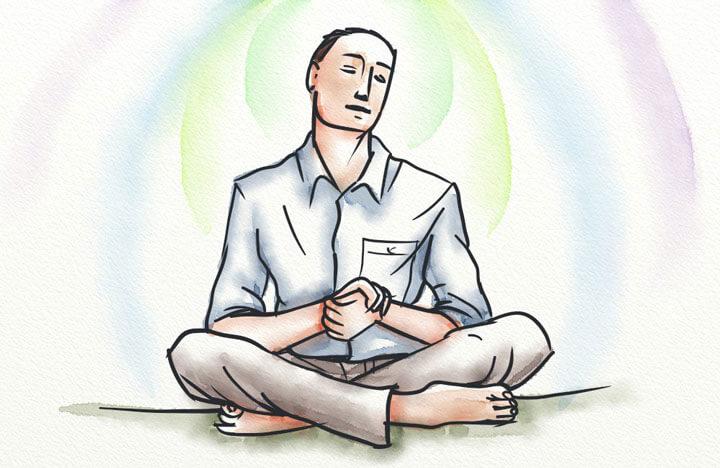 As you focus on your breathing, you can learn to bring more oxygen into your lungs (which will then circulate throughout your body) and release more carbon dioxide.

These focused sessions of breathing will also extend to your everyday life, as you begin to become more aware of your breathing patterns and other body responses.

It is no secret that smoking is harmful to your health. However, cigarettes and their various substances – including nicotine – can be just as harmful to the health of your hair.

While I absolutely advocate for quitting, I know that is not what most will want to hear. And, while you cannot eliminate all risks without quitting, you can combat nicotine-related hair loss with the tips above.