Does Smoking Cause Hair Loss?

In this article you’ll learn about the research that proved the link between smoking and hair loss. You’ll learn the reasons it happens, and you’ll learn exactly what to do to recover from (or alleviate) the effects of smoking on your hair.

Is There Evidence That Smoking Causes Hair Loss?

Two significant studies have been conducted so far, investigating the link between hair loss and smoking. Both came to the same general conclusion; yes, smoking does cause hair loss.

Or to put that in scientific jargon, there is “a significant relationship between smoking and baldness” as the 2003 study stated.

The 2007 study came to a similar conclusion stating in the abstract, “After controlling for age and family history, statistically significant positive associations were noted between moderate or severe AGA (Androgenetic Alopecia) and smoking status, current cigarette smoking of 20 cigarettes or more per day, and smoking intensity.” 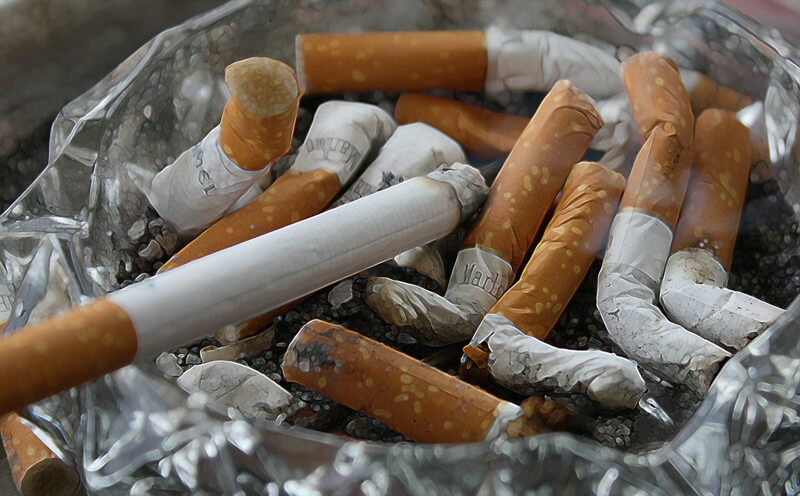 Both studies conclude the reasons for smoking as a cause of hair loss as multifactorial, meaning there are more than one reason that smoking would go on to cause hair loss, speaking from a biological perspective.

Here Are Some of the Possible Reasons the 2003 Study States:

You may not necessarily want or need to understand the scientific jargon to come to the conclusion that, through various mechanisms, we can be fairly confident that smoking will cause or speed up hair loss.

Sure, there are plenty of people who smoke who don’t suffer from pattern baldness, but that’s beside the point.

I personally used to smoke socially now and again but have given up because I was worried it was affecting my hair.

Smoking is associated with premature ageing. Hair loss (and indeed hair greying!) is also associated with ageing, so it makes sense that smoking and hair loss would be connected in some way.

Toxins entering the body through the lungs from polluted air, plus the damage from free radicals are two ways that smoking causes premature ageing.

Does Nicotine Contribute to Hair Loss?

There are various ‘ingredients’ found in a cigarette, but perhaps the most well known is nicotine. This substance belongs to the nightshade family, and it makes up 0.6% to 3.0% of tobacco’s dry weight.

But the question is, does nicotine play a role in hair loss?

It doesn’t directly cause hair loss, but it does lead to poor health. These can indirectly contribute to hair loss. How?

With less oxygen to go around, there’s less that will be delivered to the scalp and hair follicles. This is because vital organs, such as the heart and brain, must be supplied first.

Nicotine also lowers immunity, which can be a trigger for individuals susceptible to Alopecia Areata (AA). It can also lead to the development of many scalp conditions, such as dandruff and seborrheic dermatitis.

This substance can also increase blood pressure and age the skin.

(Learn more about nicotine, and its role in hair loss, here.)

While no definitive links have been established, there are a few ways in which marijuana use may contribute to hair loss. For example, it can:

Does this all mean you should stop marijuana use altogether?

While it would be the best choice, there are other ways to mitigate the effects of marijuana on hair loss. You can:

These can reduce the effects of marijuana on your hair follicles, but it won’t remove the risk entirely.

What Can You Do About Smoking-Related Hair Loss?

Aside from giving up smoking there are a few things you can do to alleviate and recover from the effects of smoking on your hair. If you can’t give it up, then these techniques will help combat the side effects.

For those suffering from pattern baldness, deep breathing exercises can be extremely beneficial. There are two main reasons for this. Firstly, deep breathing is an extremely effective way to relieve stress and reduce your cortisol levels. 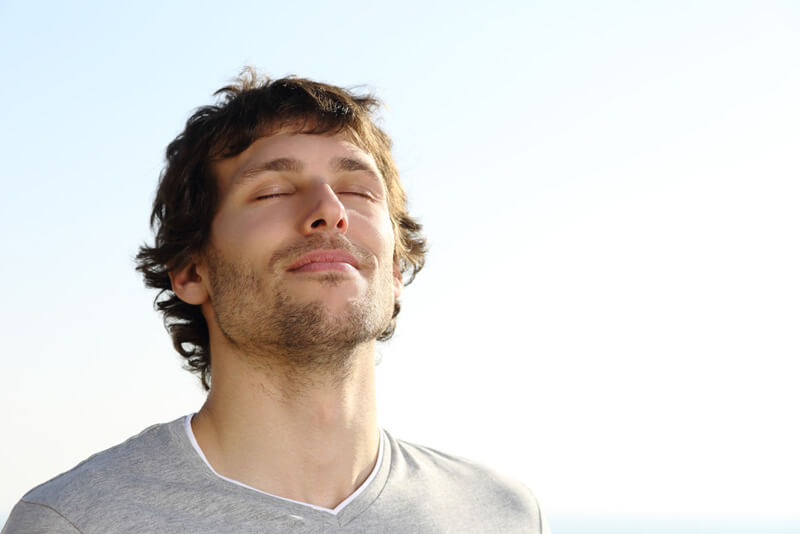 Regular excise can help you recover from a smoking habit by increasing lung capacity and red blood cell count. Many smokers find exercise very hard because their lungs are damaged and heavy breathing is painful and cause coughing.

You’ll need to stick with it to purge the lungs and speed up the removal of tar.

Swimming is an excellent exercise for this; it trains lung capacity, it’s low impact (making injuries less likely), and it exercises lots of different muscles in the body which is great for overall fitness.

House plants have been shown to increase air quality in the room, whilst also providing higher oxygen levels, both of which will help.

You may also want to try other ways to increase the quality of the air you breathe on a daily basis. If you live in a polluted city, installing in-house air filters might be a good move.