Do Fungal Infections Cause Hair Loss?

If you are suffering from a fungal infection that is causing hair loss, or making you worried about losing hair then you need to take immediate action to stop the infection spreading.

In this article you’ll learn about the different types of infection.

At the end of the article I’m going to share how to get rid of the fungus (and stop it ever coming back!) and re-grow your hair, using homemade shampoos and changes to your diet.

There is plenty of research has revealed that fungal agents are one of the major causes of alopecia. 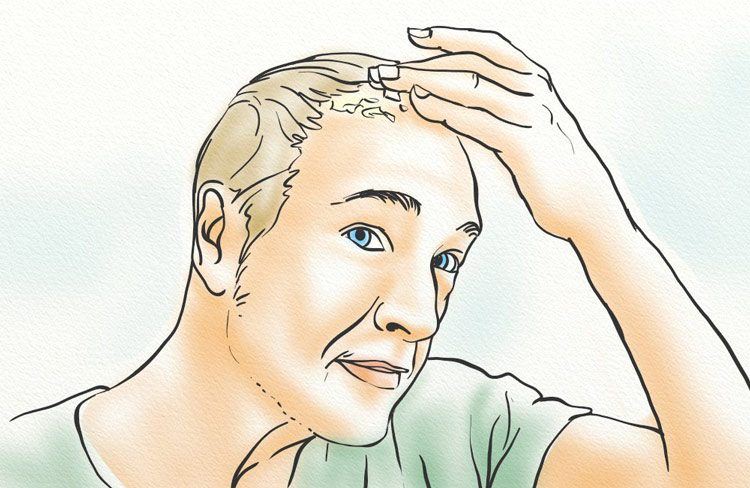 Fungi (singular-fungus) are eukaryotic single celled or multinucleate organisms that decompose and absorb the organic material in which they grow. They include yeasts, mushrooms, molds, smuts, rusts and mildews.

Hair infection by fungal agents is scientifically known as trichomycosis. The study of fungal hair infections has gained importance over the last couple of years due to the following reasons:

How Many Types of Fungal Infections Can Cause Hair Loss?

Fungal infections that cause hair loss can be broadly categorized into 3 main types. These are:

Dermatophytes directly invade the hair where they can inhabit the scalp and grow. Their ability to inhabit and grow on the hair can be demonstrated by the hair bait technique.

This involves placing sterile hair in a container with soil, where the Dermatophytes present in the soil show their affinity for hair by immediately evading it and producing colonies using hair as a substrate.

Some Dermatophytes can also produce perforating organs in the hair shaft.

How Do Dermatophytes Invade the Human Hair?

Dermatophytes invade the hair stratum corneum, elongate and multiply, and then enter into the hair cortex as intrapilary hyphae. The hyphae cannot go beyond the keratogenous zone of the hair and remain there in form of a fringe called Adomson’s fringe.

It is within the keratogenous zone that hypha produce spores that appear as crusted plaque-likelesions on the scalp.

Fungal Infection Due to Dermatophytes:

Tinea capitis is the most common fungal infection of the scalp, which is also called ringworms. Though the condition usually attacks children between 5-10 years, it is present across all age sets, especially in males.

Is Tinea Capitis Associated With Worms?

No. Contrary to popular belief, the condition has nothing to do with worms but it’s actually a fungal infection caused by dermatophytes in the Trichophyton and Microsporum genera. Other fungi that are linked to tinea capitis are Microsporum gypseum, which uses animals (pets) as hosts.

The term “ringworm” was first used to describe hair conditions that assumed a “ring form” in the early part of the 16th century. According to the world heath organization, tinea capitis accounts for more than 90% of fungal infections in Europe and the Americas.

What Are the Risk Factors for Tinea Capitis?

How to Distinguish Between Tinea Capitis and Other Scalp Conditions

Most scalp conditions are associated with similar symptoms, which make it very difficult to identify a particular condition just by taking a look at the affected hair and scalp.

Although an experienced dermatologist may be able to easily diagnose ringworms, the best approach involves scrapping the affected area with a blunt scalpel.

The harvested hairs are subjected to microscopic viewing. The presence of spores is considered as positive diagnosis.

Topical treatments applied in the right amounts have been found to effectively get rid of ringworms. They include shampoos containing:

It is important to note that topical treatment by itself is not considered to be sufficient. However, any commercial shampoo that contains 0.02 parts of ketoconazole has been found to be very effective.

The shampoo should be used for a period of up to 8 weeks. Topical treatment has been very successful, especially in children.

Systemic treatment is often required so as to cure tinea capitis within the shortest time possible. The drug most commonly used in this category is Griseofulvin. Physicians recommend doses of 10-20 mg/kg.

Just like with topical treatments, Griseofulvin should be used for a minimum of 8 weeks, though your physician may dictate otherwise depending on severity of your infection. There are two main reasons why Griseofulvin is the most preferred systemic drug:

However, Griseofulvin is gradually being replaced by more recent, safer options because of the following reasons:

The other systematic treatments that have been introduced include:

Among all the drugs we’ve looked at, Griseofulvin remains the only licensed drug.

What Can Be Done to Minimize the Risk of Tinea Capitis?

Malassezia spp. are lipophilic yeasts that derive their name from their discoverer, Malassez, who successfully isolated them from dandruff in 1889. They have been found to play an important role in the pathogenesis of pityarisis capitis, a mild form of seborrheic dermatitis of the scalp that accounts for 75-85% in seborrheic individuals.

There is also definite evidence that Malassezia can cause hair loss and exacerbate androgenic alopecia. A simple mechanism would be to increase chronic inflammation in the scalp. Treating with ketoconazole helps eliminate dandruff and reduce hair loss.

Currently, there are 12 known species of Malassezia:

pachydermatis is the only non-lipid dependent species with all the others being lipid dependent. The main fungal condition in this category is pityriasis capitis, commonly known as dandruff.

Molecular Studies have suggested M. globosa as the most common pathogen responsible for pityriasis capitis.

Dandruff manifests itself as itchy, reddish brown patches on the scalp. Statistics collected by the National Institute of health indicate that pityriasis capitis has a worldwide prevalence of between 2% and 5%.

Large numbers of Malassezia yeasts invade hair follicles distended with keratin. Confirmation of an attack by pityriasis capitis can be done by experienced dermatologists. Demonstration of spores in the scalp is considered confirmatory.

Special stains are used to visualize the spores. These include Periodic acid schiff’s or Gomari’s methane amine silver stains.

Does Pityriasis capitis/Dandruff attack both Men and Women equally?

Though the condition affects both sexes, it’s more prevalent in men and usually attacks them soon after puberty. Dandruff scalps lose two to three times more hair than non-dandruff scalps.

What Are the Symptoms of Pityriasis capitis?

Treatment of pityriasis capitis mainly involves the use of antidandruff shampoos that contain active ingredients such as:

In addition, effective topical treatment may include lotions, terbinafine, mousses containing azoles, ciclopiroxolamine, and buteneafine. If the condition is very serious, systemic antifungal agents must be combined with one of the various azoles like ketoconazole, itraconazole, and fluconazole.

To date, the mainstay dandruff treatment is ketoconazole 2% shampoo: It persists in the hair for up to 72 hours after application and is safer in infants. Other studies have proposed a combination of 2% ketoconazole with 1% Zinc pyriothine to be very effective treatment.

Piedra is a Spanish word meaning stone. The condition is characterized by black and white nodules located near the base of the hair follicles. In serious cases, the hair breaks into small bits. It was first described by Biegel in 1865, and has been classified into two types:

There are two main favorable factors for piedra infection:

How is Piedra Diagnosed?

Under black piedra, diagnosis is considered positive if brown spores are found in the hair. Mature nodules have eight visible ascopores characterized by presence of a flagellum at each tip.

On the other hand, a positive diagnosis for white piedra is confirmed if the hair contains groups of spores located on the affected area of the scalp. The spores can have varying sizes.

Topical application of terbinafine, azoles and tolnaftate can be effective in curing fungal infections. Your physician should be in a position to recommend the most appropriate choice.

Black piedra can be successfully cured by oral usage of terbinafine. On the other hand, oral itraconazole provides effective treatment of white piedra. Physicians may also advise you to clip the affected hair so as to facilitate penetration of drugs into the scalp. You should also avoid moisture as much as possible.

Besides topical and systemic treatments, there are several homemade solutions that have been found to be equally effective in treating and/or avoiding fungal infections. We now discuss the main ones:

I recommend looking at my complete guide to homemade shampoos for hair loss here. 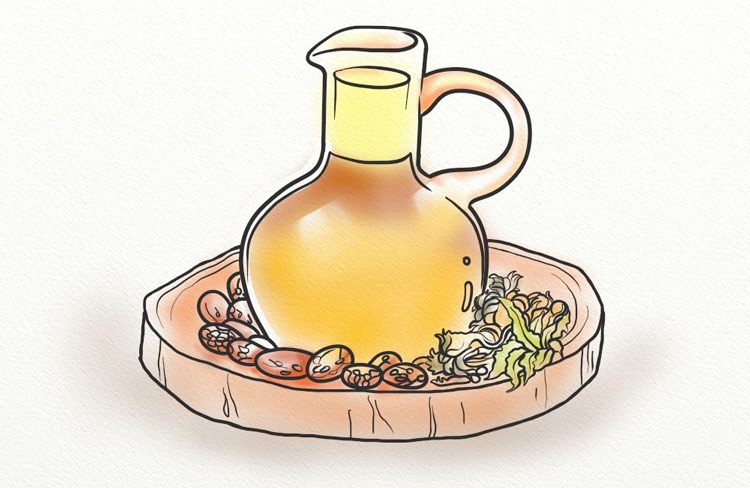 Applying castor oil all over the scalp can treat and reduce fungal infections. You should note that for efficacy, castor oil needs to be applied regularly as it is not a quick fix.

You should avoid applying the oil directly on the affected area with your bare hands. Instead, use latex gloves for this purpose. Be sure to rinse off all the oil after 15 minutes. You should ensure that all hair strands are washed properly with plenty of cold water.

The reason why you should remove all the oil is because an oily scalp is itself a favorable factor for fungal infections. You should always remember fungi thrive well under oily, moist conditions

Shampoos containing zinc pyrithione and selenium sulfide are also effective fungal treatments. You should apply the shampoo and then embark on massaging the hair strands and the scalp.

Remember to give the scalp a gentle touch to avoid scratching off the already loose hairs or causing injury to the scalp. 5 to 8 minutes are considered enough for this form of therapy, although the time spent in this exercise might depend on the extent of infection.

Again, anti-fungal shampoos do not offer you a quick fix and hence should be applied regularly until the infection is secured. Preventive use can be less frequent.

Find out why I don’t recommend Head and Shoulders. 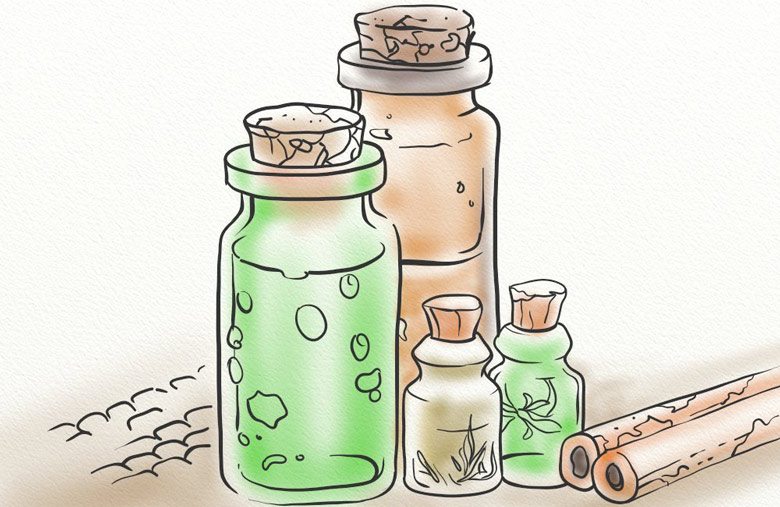 Applying tea tree oil is also an effective anti-fungal solution. A mixture of tea tree oil, grapes and black walnut should be applied on hair on a daily basis and can be allowed to remain for up to 6 hours.

The important thing is to give the ingredients ample time to penetrate the scalp. As such, you should avoid disturbing the hair during this period.

At the end of the exercise, be sure to rinse the hair with cold water. You should then use a towel to drain out the water because it’s imperative to have your hair as dry as possible.

Optimising your diet is practically the only long term solution to regrowing lost hair caused by fungal infections. The first thing you can do is to remove any yeasty foods from your diet. This includes:

Also, remove any processed carbohydrates from your diet. These typically ferment in the stomach causing a host of other problems.

Ideally follow the rules of food combining when eating meals. This means your food will digest much more easily.

Take a good probiotic and learn how to get a better balance of good and bad bacteria in your gut.

As you’ve have seen from the research data above, fungal hair infections are real and actually cause hair loss. Dermatophytes and Malassezia spp. could be considered the main causes of fungal infections compared to piedra.

In most cases, these infections do not directly cause hair loss: It is the intense itching and irritation that may tend to force you to scratch you hair.

Diagnosis of all these infections should involve a dermatologist as some of the symptoms appear across the board, therefore making it quite difficult to undoubtedly identify and confirm a particular infection by just physical inspection.

Apart from clinical treatment, there are several homemade solutions that you can turn to that can help you fight fungal infections. I cannot stress enough the importance of good hair hygiene.