If you suffer from the itching, inflammation, and overall irritation associated with seborrheic dermatitis, you’re likely desperate to put an end to the condition.

This desperation can be compounded in those with alopecia, as some with seborrheic dermatitis can also experience hair loss.

So, what can you do if you’re battling this condition with no effective treatments in sight?

In this post, I’ll answer this question and more.

First, you’ll learn what seborrheic dermatitis is, including its causes and most common symptoms.

Second, you’ll learn how dermatologists typically treat the condition, and why such treatment methods may not be the best choice.

Finally, I’ll show you the natural way to treat seborrheic dermatitis and prevent hair thinning associated with the condition. You’ll learn how to remove the pesky flakes and scales, as well as how to prevent them from returning with a flake-fighting homemade shampoo.

What is Seborrheic Dermatitis?

According to the American Academy of Dermatology (AAD), seborrheic dermatitis is a common skin condition that leads to a scaly, inflamed rash on the affected skin. It also has a predilection for body sites with increased number of sebaceous glands, upper trunk, ears.

These rashes may appear reddish in color, and can be found in various places throughout the body.

People of all backgrounds and ages can suffer from this skin condition, though there are groups of individuals who are more susceptible.

For example, infants 3 months of age and younger, as well as adults between the ages of 30 and 60.

Additionally, people with certain health conditions are at an increased risk of getting seborrheic dermatitis, including:

This condition is not to be confused with dandruff, which is a milder form of seborrheic dermatitis but that only involves the scalp.

Sebaceous glands may create a favourable media for the growth of fungi such as Malassezia. This in turn creates inflammation characterised by increased redness and scaling characteristic of seborrheic dermatitis. So while researchers believe that fungal overgrowth is the main cause, there are a number of other factors that come into play. These include:

And, while researchers are still trying to better understand the causes and why some individuals are affected while others aren’t, they do know what seborrheic dermatitis isn’t:

It’s Not Caused by Poor Hygiene

While the rash itself can appear to be greasy, this condition is not linked to poor hygiene. In fact, sometimes the rash can be irritated by overwashing.

It’s Not an Allergic Reaction

Redness and inflammation are typically the signs of contact dermatitis, an allergic reaction caused by skin contact with the allergen.

Seborrheic dermatitis, however, is not an allergic reaction.

What are the Symptoms of Seborrheic Dermatitis?

The three most common symptoms associated with this condition are:

As with many other skin conditions, symptoms will vary in severity from individual to individual.

As mentioned above, dandruff is a milder form of seborrheic dermatitis, but is easily distinguished from it due to location (dandruff appears only on the scalp) and appearance.

However, there are two conditions which are similar in appearance to seborrheic dermatitis but that have their own causes and require different treatments.

There are two major distinctions between these two conditions, though.

First, skin that is affected by scalp psoriasis is typically drier than skin affected by seborrheic dermatitis.

Whereas individuals with seborrheic dermatitis may experience greasy, moist skin, those with psoriasis will not.

Second, and most important, scalp psoriasis is caused by an entirely different mechanism.

Essentially this condition is autoimmune in nature, and it involves an overgrowth of skin cells. This leads to the plaque commonly associated with the condition.

Yet another skin condition characterized by itchy, red patches of skin, eczema is more accurately characterized as a skin reaction.

The main difference between eczema and seborrheic dermatitis is the presentation of the rash. Eczema tends to be dry and appears on the limbs and trunk of the body.

Seborrheic dermatitis, however, is oily and appears on parts of the body with excess oil production, such as the scalp, face, and groin. 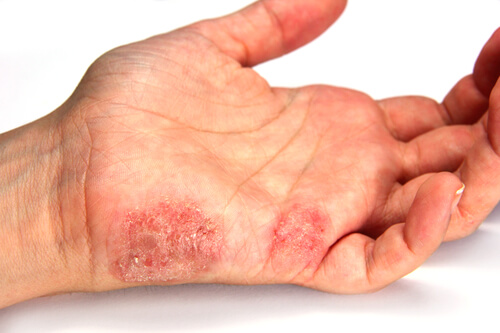 There are different forms of eczema which can occur, including contact dermatitis and neurodermatitis. Each form has its own cause and, therefore, own treatments.

When you visit a dermatologist for diagnosis, it’s likely that a number of treatment methods will be presented.

For some, the treatments are effective at keeping the condition at bay. For others, though, the side effects can be many and the results lackluster. Let’s take a look.

There are a variety of shampoos – both over-the-counter and prescription-only – that can combat seborrheic dermatitis. These are the very same shampoos used to treat dandruff.

The active ingredients will vary, and some ingredients may be more effective than others. Some of the more common ones include zinc pyrithione, tar, ketoconazole, and selenium sulfide.

Find out more about ketoconazole shampoo for hair loss here.

Before use, however, I recommend you try an all-natural homemade shampoo. Its use can be just as effective as chemical-laden shampoos, and side effects are much less likely (and typically less of an issue if they do occur).

Corticosteroid lotions are synthetic steroid hormones. They’re used in the short term to treat inflammation, and may prove to be helpful in controlling a particularly painful seborrheic dermatitis flare up.

Of course, such a treatment method doesn’t come without its risks
.

Consistent use can cause thinning of the skin, damage to the hair follicles, stretch marks, and allergic reaction.

As mentioned above, one of the contributing causes of seborrheic dermatitis is an overgrowth of a common skin fungus, known as Malassezia.

If you’re having trouble keeping this fungus at bay, then your dermatologist may suggest an antifungal cream. Some side effects include skin irritation, redness, numbness and tingling, as well as rash.

Similar to dandruff, seborrheic dermatitis is not a direct cause of hair shedding. However, the inflammation and irritation associated with the condition can certainly lead to hair thinning and loss.

This is mostly due to the excessive itching and scale picking that many sufferers do.

Does this mean that all sufferers of seborrheic dermatitis will experience hair problems?

But they are at an increased risk of such issues, especially when the condition is left untreated.

How to Treat Seborrheic Dermatitis Naturally

While your dermatologist may recommend a medicated treatment route, there are natural methods to try first. Of course, it’s always best to perform such treatments under the direction of a doctor.

Use Oil to Soften and Remove the Flakes

As flaky buildup is the main contributor to itchiness, irritation, and hair loss associated with seborrheic dermatitis, the softening and removal of said flakes can help to lessen the conditions effects.

All you need is the oil of your choice (I recommend olive for its moisturizing and hypoallergenic properties). 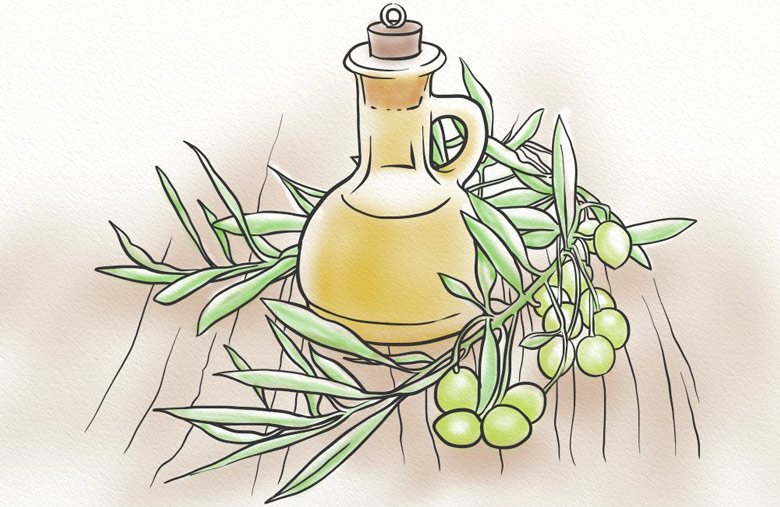 Apply a palmful of oil to your scalp, massaging in gently for 2-3 minutes. Leave on scalp for at least an hour (though overnight is best).

Before rinsing, take a fine-toothed comb and gently lift the flakes and scales from your scalp. Once all flakes are removed, rinse the oil from your scalp thoroughly and then shampoo as usual.

Once the flakes and scales have been removed, it’s important that you treat your scalp in order to prevent future flare ups.

This five-ingredient shampoo can get you started, but feel free to tweak the recipe as you see fit.

Boil 1 cup of water. Add the rosemary, remove from heat, and allow to steep until cool. Mix the remaining ingredients in the container of your choice.

Once the rosemary water has cooled, remove and discard the rosemary and combine the water with the other ingredients.

Lather on to wet hair, massaging deeply into your scalp. Allow to sit for 1-2 minutes, and then rinse thoroughly.

Apple cider vinegar is the cleansing agent in this shampoo. It gently removes the buildup of dead skin and oil, keeping the scalp free of the irritating, inflaming scales associated with the condition. 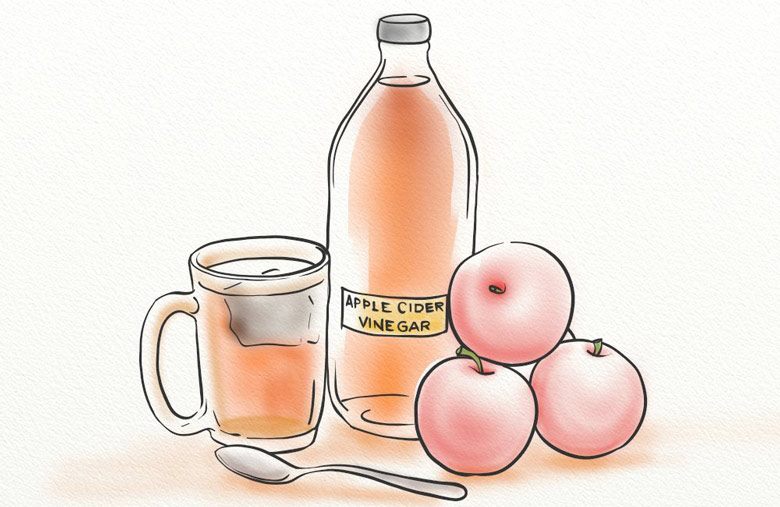 Rosemary is anti-inflammatory, treating the effects of the condition in order to prevent further irritation and itching.

Last, tea tree oil is antifungal. This helps to control the fungal overgrowth associated with seborrheic dermatitis, and can prevent new flare ups from occurring.

Changing Your Diet To Get Rid Of All Skin Problems

Given the right building blocks the body can heal itself. Having seborrheic dermatitis should be a sign to you that your diet needs improving.

This is my favorite resource for skin problems.

The first thing is to get rid of all processed foods and replace them with plant based foods.

You may also want to consider getting rid of gluten in your diet. 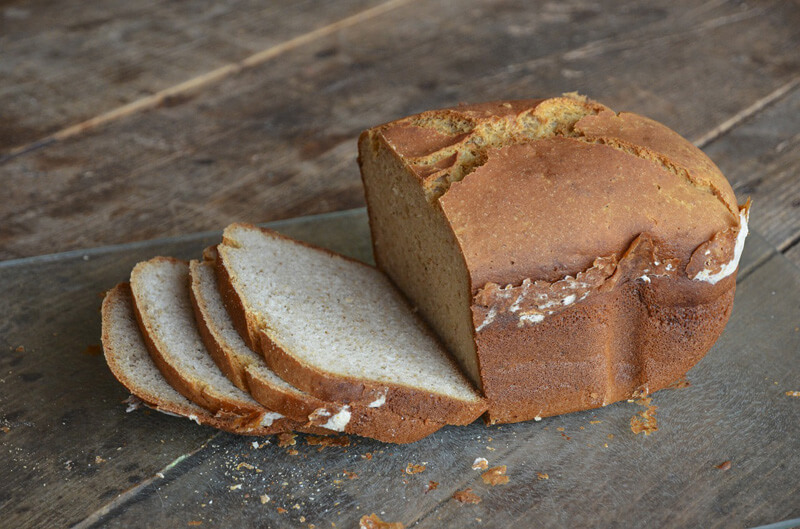 Also, remove yeasty products from your diet, these include beer and bread. Again, replace these with plant foods.

I used to have eczema, but I cured it with good diet. If I did have seborrheic dermatitis I would take immediate action by removing all processed foods from my diet – this would naturally get rid of gluten and yeast foods.

If you suffer from seborrheic dermatitis, you may be concerned that the condition can lead to hair damage and loss. While the condition itself isn’t a cause of hair loss, the itching and inflammation associated with it certainly can be.

Fortunately, there are treatment methods available for this condition that can target the route cause – fungal overgrowth – and prevent future flare ups from taking place.

Talk to a qualified medical professional or hair loss specialist before getting started on any new hair loss treatment.