Mesotherapy is a non-invasive and non-surgical cosmetic hair restoration procedure that has been steadily gaining in popularity.

The technology at the root of the treatment is based on the understanding that most hair loss problems are a result of lack of proper nutrients, reduced blood circulation to the scalp, and hormone imbalances (DHT, in particular) around the hair follicle.

The treatment restores hormone balance at a gradual pace, which enables the steady growth of new, healthy hair strands.

The History Of Mesotherapy

Doctor Michel Pistor (1924–2003) was the founder of mesotherapy after a chance encounter with a patient in the village of Bray Et Lu in 1952 (1). Dr. Pistor had encountered a local cobbler who was suffering from an asthma attack. He treated the patient by administering procaine.

The initial procaine treatment had little effect on the cobbler’s respiratory disease, however, during a follow-up session, the patient revealed that after being deaf for many years he was able to hear the village bells ringing again following the administration of the procaine treatment.

Dr. Pistor then decided to administer the procaine treatment directly next to the patient’s ear, which continued to provide positive results for the cobbler’s hearing.

Dr. Pistor then began to successfully administer similar treatments to his subsequent patients in the same manner, with the intention of treating their disease from as close a point as possible. He became well-known for his motto, “A little, not very often, in the right spot.”

Dr. Pistor’s continued work led to the founding of the French Society of Mesotherapy in Paris in 1964, and mesotherapy became officially recognized as a legitimate treatment modality within conventional medicine by the French Academy of Medicine in 1987.

Throughout Europe, South America, the United States of America, and Asia, mesotherapy has been successfully used to treat a variety of hair loss conditions and today it is known to be practiced by approximately 40,000 physicians worldwide.

When administered professionally, the treatment is very safe and essentially painless with no local anesthesia or dressing to the skin required.

The Chemical and Mechanical Action of Mesotherapy

Mesotherapy treatment has now been used for decades to successfully restore luster and volume to thinning hair.

Superficial microinjections are inserted just below the epidermal layer of the skin into the appropriate tissues to stimulate the mesoderm layer in the skin, which lies at a depth of about 1mm beneath the surface. This encourages the hair’s natural regeneration and proliferation process.

The needle used to administer the solution creates micro-perforations in the affected tissue. This induces a healing process in which collagen and elastin are produced. These substances are two building blocks within the tissue that are vital for the formation of healthy skin and hair.

As the perforations are so tiny, no significant damage is done to the existing collagen.

The active ingredients administered via microinjection stimulate the appropriate response in the mesoderm, according to the condition being treated. The quality of the product is of the utmost importance.

There is not a specific formulation of chemicals that are injected into the scalp. There are some which are more popular than others, though.

For the treatment of hair loss, one particular solution injected into the skin’s mesoderm layer contains the active ingredients Acetyl tetrapeptide-3 and Biochanin A which work together to stimulate hair growth.

The skin provides a time-release delivery system that administers the solution to the required area.

The active ingredients in the solution work together to quicken hair growth by improving blood circulation, neutralizing excess DHT, reducing inflammation, stimulating the production of collagen, and increasing the follicle size to halt hair loss.

Acetyl tetrapeptide-3 may even be an alternative to Minoxidil.

Benefits of Biochanin A

Biochanin A is a natural organic compound derived from red clover. In the class of phytochemicals called flavonoids, it is also a powerful Isoflavone. Biochanin A modulates the conversion of testosterone to DHT in people who suffer from hormone-related baldness, also known as androgenetic alopecia.

This is a slightly different variation of mesotherapy treatment offered by the Garrett Clinic.

It involves the use of micro-droplet injections which contain a mixture of peptides each having a unique function. Here is a look at just a few of these peptides (3):

The treatment procedure for hair loss can vary from patient to patient, however, a session usually takes between approximately 10 and 30 minutes depending upon the size of the area requiring treatment.

Generally, a minimum of 10 sessions is required in order to create the conditions in the scalp required to stimulate hair growth, beginning with an intensive course of treatments every two weeks for the first two to three months. Afterward, it is possible to then decrease the frequency of treatments to once every three months or less.

How Quickly Do Patients Experience Results?

Some people can experience positive results within the first few weeks of treatment, however, it can vary depending upon the severity of the hair loss and how the individual responds to the treatment.

Patients should expect to expect to see significant results within the first two to three months of treatment, but the full effect of the treatment may take up to six months.

Effectiveness of Mesotherapy for Hair Restoration

Mesotherapy has been shown to be just as effective and sometimes more effective than oral tablets for hair restoration and rejuvenation.

Orally administered treatments must first pass through the gastrointestinal tract and be metabolized by the liver before they are released into the bloodstream. This digestive process significantly reduces the amount of medication that reaches the affected area.

In contrast, mesotherapy is able to deliver a much smaller dose of treatment direct to the affected area. In the case of hair loss, the hair follicle, where it is directly required and can be immediately assimilated.

While there are no current studies on mesotherapy, there are a few on the efficacy of microneedling.

Microneedling is a procedure that involves making small wounds on the scalp with tiny needles (4). These wounds trigger a healing process, which induces the release of collagen.

This is one part of the mesotherapy process, while the other involves the actual injection of a substance such as Acetyl tetrapeptide-3.

Microneedling has been shown in a clinical trial to be more effective than topical application of Minoxidil for successful hair growth in men with AGA (5).

Since microneedling is one part of the mesotherapy process, these results may suggest that mesotherapy can be an effective treatment for hair loss. But further studies are needed.

Mesotherapy Is Growing In Popularity

Mesotherapy has made the headlines in the UK, with many people having reporting very successful results following treatment.

Journalist Andrew Pierce shares his success story in the Daily Mail Online where he professes that his treatment “worked wonders” to relieve him of his inherited male pattern baldness.

However, it is not only men who have been eager to praise the treatment.

A female patient, Ms. Aahana Kumra, who works as a TV, stage, and film actor has also shared her story via video testimonial following her successful mesotherapy treatment in Mumbai.

Mesotherapy has not been shown to be an effective hair restoration procedure for everyone. There are some claims from patients that it did not work for them despite undergoing several treatments.

And some doctors have purported that there is not enough clinical evidence to show that mesotherapy is a reliable solution for the effective restoration of hair. This is simply because it has not been studied enough on a long-term basis (6).

Although mesotherapy is mostly painless, some patients have complained of pain following the therapy.

A new take on the traditional form of mesotherapy has been developed for people who are averse to needles.

Using high-frequency ultrasound technology along with traditional mesotherapy solutions, this system offers a completely non-invasive, non-painful solution for people who may be sensitive to the treatment.

The ultrasonic apparatus delivers the active ingredients into the skin without the requirement of a needle. It also allows the cell membranes to become temporarily permeable so the cell can absorb the nutrients within the solution.

Combining Mesotherapy With Other Treatments

Mesotherapy has also been used successfully as an adjunct to other topical and oral treatments without any side effects. It has been used in conjunction with Botulinum Toxin to successfully treat cases of alopecia.

Here are a few other treatments to considering using in addition to mesotherapy.

Mesotherapy is a great way to increase blood flow to the scalp, but it is not the only way to do so. In fact, you can add scalp massage and exercises to your routine on a daily basis. 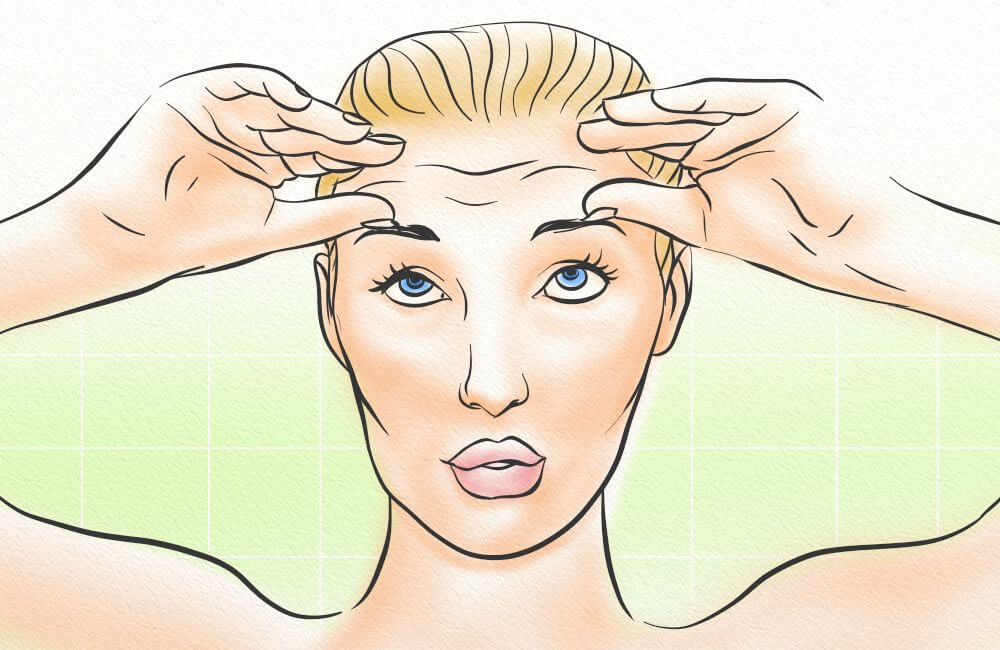 How to Perform Scalp Massages

Here is a basic rundown of the process:

This entire process should take about 10 minutes, though you can extend it if you would like.

How to Perform Scalp Exercises

You can further increase blood circulation by using facial muscles to ‘exercise’ the scalp. Here is how to do so:

You can also use your fingertips to ‘stretch’ the skin of the scalp, by placing two fingertips on the scalp and pushing and pulling them away from each other.

Is mesotherapy the right hair treatment option for you? Only you and your doctor can decide if this is the best treatment for your hair loss woes.

There is no doubt that the effects of mesotherapy – including an increase in blood circulation and removal of DHT from the scalp – can be beneficial. And when combined with other natural therapies, it can lead to positive results. However, you may want to consider other options if you are wary of needles.