How To Use Astaxanthin For Hair Loss – Does It Really Work?

When it comes to Androgenetic Alopecia (AGA), more commonly known as male pattern baldness, there are quite a few available supplements on the market. One that you might not have heard of is the powerful antioxidant known as astaxanthin.

Astaxanthin is an antioxidant, and more specifically, a carotenoid. It is present in the majority of red-colored aquatic organisms, such as algae, salmon, and crayfish[1].

It is what gives flamingos that amazing bright red color. 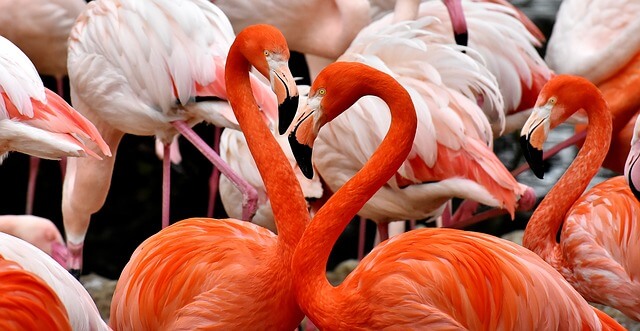 As a carotenoid, astaxanthin plays an important role in lowering the risk of certain diseases[2]. Perhaps its most well-known property is neutralizing free radicals in the body. These are responsible for the physical signs of aging, such as greying hair, hair loss, and wrinkles[3].

Further, astaxanthin has been shown to halt the production of DHT[4], a hormone shown to contribute to AGA.

Astaxanthin is an antioxidant used for a variety of medical conditions. Below is a general overview of its various benefits, including some of the more common conditions it can treat.

Astaxanthin works to block a number of inflammation-causing chemicals in the body. This can benefit people struggling with pneumonia or certain eye conditions which can cause uncomfortable inflammation that can lead to blindness.

An an anti-inflammatory, astaxanthin has shown promise in reducing the risk of cardiovascular disease[6]. It also lowers blood pressure and decreases the risk of stroke[7].

Age can have a debilitating effect on eye health. As a supplement, however, astaxanthin has been shown to prevent or slow the progression of macular degeneration, cataracts, and glaucoma.

As a natural inhibitor of enzyme 5-alpha-reductase, astaxanthin can lower levels of DHT in the body. This is the chemical scientists believe is responsible for male-pattern baldness.

What is DHT and What Role Does It Play in Hair Loss?

In the list above, we saw that this powerful antioxidant can lower levels of DHT. But, what is DHT and how can lowering this one chemical be the answer to hair loss?

DHT, also referred to as dihydrotestosterone, is an androgen hormone synthesized from testosterone. Increased levels of DHT can lead to a number of health issues, particularly an enlargement of the prostate.

Aside from effects on the prostate, however, it has also long been believed that DHT is the hormone responsible for AGA, and the enzyme 5-alpha-reductase (5αR) is the culprit which creates DHT when it comes into contact with testosterone.

As we previously mentioned here on Hairguard, the problem isn’t necessarily that DHT levels are particularly high in individuals who are prone to AGA. Instead, those with AGA tend to have increased sensitivity to this particular hormone. This is why it’s important to stop the chemical in its tracks.

How Can Astaxanthin Help You with Hair Growth?

If DHT is the problem, then astaxanthin might be the answer.

As mentioned above, the enzyme 5αR is responsible for the conversion of testosterone to DHT. As DHT is believed to be the cause of AGA, then it’s easy to see that the enzyme 5αR needs to be stopped before it can produce any more DHT. But how?

In comes astaxanthin, the powerful antioxidant which also happens to be a natural blocker of 5αR.

How to Supplement with Astaxanthin

You can either consume Astaxanthin by eating the appropriate foods or taking it directly as a supplement.

Various wild and farmed fish are the main source of astaxanthin in foods. Some of the richest foods in astaxanthin are:

Astaxanthin as a supplement started becoming popular in the 1990s. Until that point, researchers had not yet realized its powerful biological activity.

Today, countless companies sell astaxanthin supplements. The large majority of them are in the form of soft gels. Most range in potency from 4 to 12mg per soft gel. 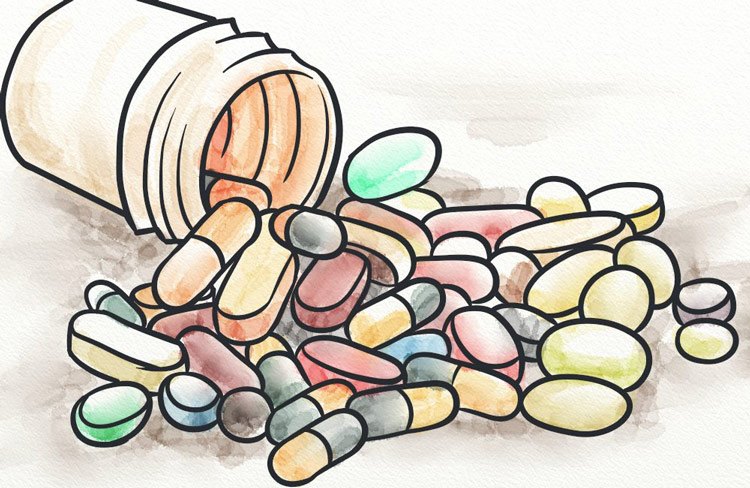 If you’d prefer to take astaxanthin as a supplement, it’s important to note that a recent study in Marine Drugs found supplementation to be most effective when combined with omega-3 rich seed oils, such as chia or flax [10].

A fish oil rich in omega-3 fatty acids is krill oil. This oil also happens to be very rich in astaxanthin, which gives it its characteristically rich red color.

Are There Any Side Effects?

When consumed in amounts found in food, astaxanthin is a safe supplement.

Even consumed supplementally, astaxanthin has been shown to be safe in doses of 2-4 mg/day. A study has found that human consumption even up to 6mg/day was safe.

Of course, an adverse reaction is possible with any kind of supplementation. Women who are pregnant or nursing should consult with their obstetrician prior to taking the supplement.

For those suffering from Androgenetic Alopecia, new and exciting research clearly shows that astaxanthin may be the natural supplement that you’ve been looking for.