Gingko is well known as one of the oldest living species of tree. In recent years it has become a popular ingredient in herbal supplements sold in North America and Europe.

It has also long been used in traditional forms of medicine as a way to improve memory and alertness.

Modern studies show that Ginkgo is both a vasodilator and an antioxidant and, as such, is often used for the treatment of poor circulation and dementia.

It is also thought that two of the forty components found in Gingko – terpenoids and flavonoids can help to ward off heart disease, as they increase blood flow and reduce the build-up of harmful free radicals in the body.

Terpenoids have a vasodilatory effect and prevent blood platelets from becoming stuck. Flavonoids are antioxidants which have been shown to protect the heart, blood vessels and nerves in laboratory testing.

The tree itself is a native of the Far East. It has long been Eastern traditions, and its name in English is a corruption of the Japanese ‘gingkyo’, or ‘silver apricot’ – used to refer to the plant.

The tree is known for its hardiness and longevity – a gingko tree can live around 1,500 years – which may be why it has attracted the attention of medical practitioners for so long.

Certain living species are thought to be over 2,500 years old. Modern research tends to be focused on extract from dried green gingko leaves, although traditional forms of medicine also make use of its seed.

Although its usage can be dated back hundreds of years (and probably stretches back much further), it has only relatively recently become of interest in the West.

Its popular uses in the West include the treatment of:

Ginkgo’s vasodilatory properties were thought to have a positive effect in the treatment of dementia, as it facilitated the flow of oxidized blood and nutrients to the brain.

Preliminary studies show that ginkgo may be used as an effective treatment to improve memory for sufferers of ADHD.

Does it Work for Hair Loss? 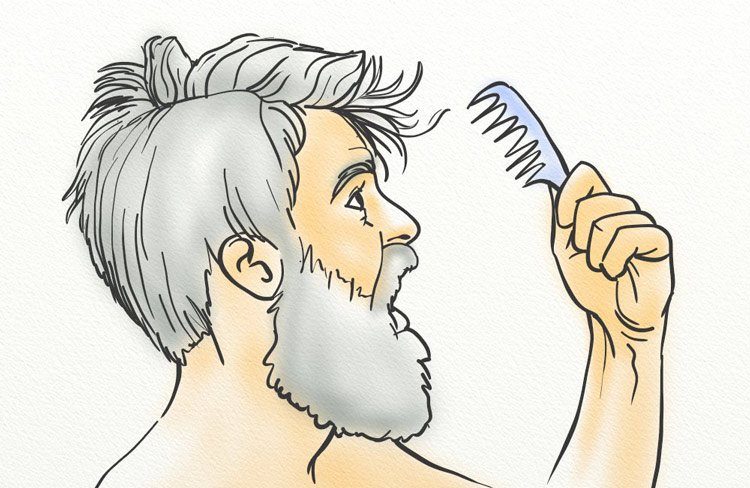 (1) Gingko’s properties as a vasodilator are thought to be able to help reduce hair loss, as the widening of blood vessels which supply hair follicles enables a better supply of nutrients, thus improving the follicles’ performance.

A pilot study in 2011 in which males were given a twice-daily dosage of 60mg ginkgo biloba extract, showed an improvement in cerebral blood flow.

(2) When hair loss is attributed to the body’s conversion of testosterone to dihydrotestosterone (DHT) by the enzyme 5-a reductase, it is unlikely that gingko would be able to prevent damage to hair follicles. Its role would be only aiding the supply of nutrients to the scalp.

Therefore, in cases of androgenic alopecia, gingko can be used as an effective companion to finasteride or curcumin, both of which have been shown to be 5-alpha reductase inhibitors, which prevent attacks on the hair follicles from taking place.

The University of Maryland Medical Centre advise using a standardized extract of Gingko Biloba at the dosage of 40-80mg up to three times a day for alopecia and disorders of the hair shaft, because it improves blood flow to the scalp.

Researchers in Massachusetts General hospital conducted a study, which proved that increased blood flow creates more lustrous hair. They used a protein, which stimulates blood vessel growth in skin, to treat the hair follicles of mice.

This resulted in a total increase in the volume of hair by 70%. This study was documented in the Journal of Clinical Investigation.

Japanese researchers conducted a similar experiment with mice. They found that mice treated with an extract of Gingko achieved a better rate of hair growth than those who did not receive the extract.

(3) The same Japanese researchers performed an experiment with 50 human test subjects, whereby they treated them with Ginkgo Biloba shampoo. The results of the experiment showed a reduction in the rate of hair loss rate for those participants. The researchers recommended a shampoo with a Ginkgo concentration of 0.1% to 1% in order to achieve the best results.

Are There Any Known Side Effects?

Ginkgo can, in some cases, cause unwanted side effects, and it is important to discuss the possibility of this with a physician before beginning any course of treatment. Those who already suffer with circulatory problems are particularly at risk, as are people who take anticoagulants and other herbal supplements such as ginseng, ginger and garlic. Pregnant and breastfeeding women should also take caution before deciding to use ginkgo.

If you are currently taking blood-thinning drugs or are expecting to undergo surgery, it is very important that you consult with your healthcare practitioner before taking gingko.

Some known side effects of gingko include:

Be sure to consult your doctor before using gingko if you are in doubt.

It is thought that there is a high risk of gingko interacting with the following medications:

What Are the Best Sources of Gingko Biloba? 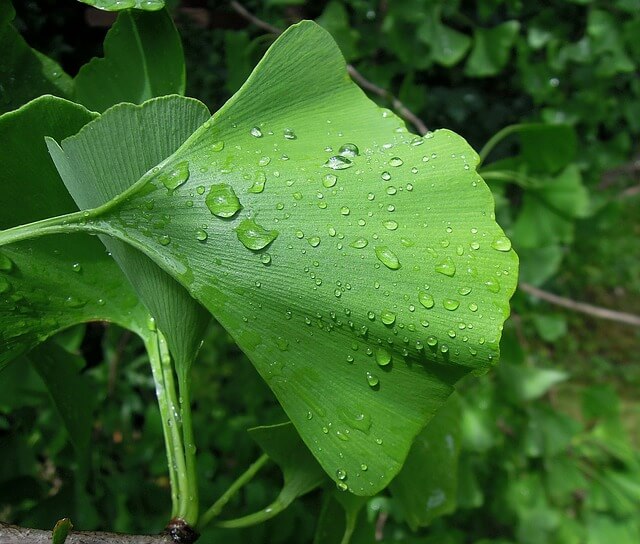 A major drawback, however, about using gingko seeds in cooking, is that they can provoke allergic reaction in certain people when handling them. These people should wear disposable gloves when using them in food preparation, as they can cause blisters and dermatitis. Alternatively, seeds which have already had the sarcotesta removed can be handled safely.

Most of the research on the medical benefits of ginkgo, which is happening in the West, however, is focused on the ginkgo biloba leaf extract rather than the seed, and therefore it may be preferable to use supplements or take the leaf as a tea.

Gingko tea can be made by boiling a cup of water in a saucepan and, after removing from the heat, adding one teaspoon of Gingko leaves. Leave the teas to infuse into the water for ten minutes before draining and serving.

Gingko can also be added to a delicious, hair-nourishing and immune-boosting smoothie by combining 120mg of Gingko Biloba powder with one chopped banana, one tablespoon of Spirulina powder, two teaspoons of raw organic coconut oil, 1g of Ginseng powder and a single glass of water. For optional sweetness add two teaspoons of ginger syrup.

What Supplements are There?

Gingko Biloba is available as a supplement in various forms, including:

It is recommended you take supplements made only with parts of the ginkgo biloba leaf, as other crude parts of the plant may contain dangerous levels of allergens, which can cause severe reactions.

A dose of not more than 120mg on a daily basis is recommended for all supplements, although specific instructions should be given with each different type.

Gingko extract probably works best for hair loss when taken as a supplement, and combined with other natural or synthetic medications such as curcumin or finasteride.

Rather than playing a direct role in stimulating hair growth, gingko has been shown to help secure the supply lines to the battlefield by widening the blood vessels to allow nutrients, oxygen and blood to reach hair follicles.