In this article you’ll learn how to make your own homemade natural topical DHT blocker.

By blocking DHT directly in the scalp you can reduce hair loss, and increase hair growth. As a method, this can work more effectively than trying to block DHT in the body.

Not only is it harder to reduce your DHT levels in the body, but there can be side-effects. Especially when done with drugs like finasteride.

This is why a topical solution can be very effective. A topical DHT blocker has less (no) side effects and it’s laser targeted exactly where your body needs it.

What you’ll need to make the topical mixture:

Hyularonic acid provides the base of the mixture. It’s a great base liquid since it helps naturally deliver nutrients an minerals to the scalp, and it captures and removes wastes. It has no smell, taste or color and is naturally unclogging.

Emu oil is a powerful way to reduce DHT levels in the scalp whilst also providing useful nutrients and minerals directly in to the scalp and hair follicles without clogging them. 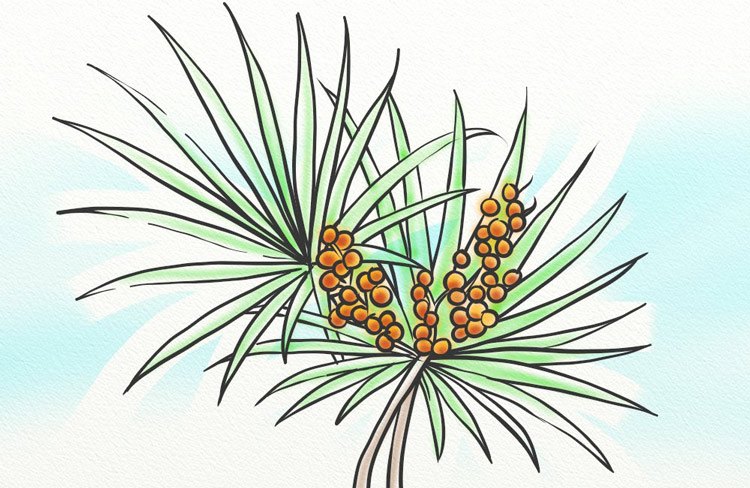 Saw palmetto is a well-known herb that can inhibit the enzyme 5-alpha-reductase, thereby reducing levels of DHT. However, it can also be used directly on the scalp to promote hair growth.

The saw palmetto mixes in with the hyaluronic acid. Use a gel capsule. Use 1 part saw palmetto to 7 parts hyularonic acid and emu oil mixture.

Pumpkin seed oil has shown in rigorous scientific studies to increase hair count when taken as a supplement for 24 weeks. However, in this case we can use it topically to help block DHT when it is applied to the scalp within this mixture.

Pumpkin seed oil is added to the mixture in 1 part PSO to 6 parts aforementioned mixture.

Covering the scalp of most men who have male pattern baldness is a layer is sebum. Sebum is a mixture of dead skin cells and dirt and oils and toxins (which have been secreted through the skin.)

This sebum can also contain DHT which (obviously) you wouldn’t want sitting on your scalp causing hair follicle miniaturisation.

The first step is to get rid of this sebum.

You can use a salicylic acid peel to remove this ‘epidermis plaque.’ Now the scalp is ready for the topical mixture.

Applying the Topical DHT Blocker to the Scalp

Now you’ve made the mixture, we need to do a little extra. This isn’t absolutely necessary, but it is recommended: We need to stimulate the scalp using a dermaroller.

The dermaroller creates tiny pin pricks in the skin which cause the body to focus attention and resources in that area, some people call this microneedling.

This increases circulation and nutrient flow, so that new hairs are more likely to grow.

Once you have made the mixture and it’s thoroughly mixed you can now apply it to parts of your scalp where you have used the derma roller, and where you have also used the salicylic acid peel to remove the sebum.

You can use a pipette or a bottle with a small nozzle to apply the mixture. This can take a long time, but it is worthwhile applying the mixture thoughtfully and carefully. The more of the mixture that actually reaches the scalp and the affected area, the better.

Most men apply the mixture along the hairline, where follicle miniaturisation is already taking place, and blocking the DHT will make the biggest difference.

You can apply the homemade mixture on your scalp just like you would with normal minoxidil. The more of the mixture that reaches the scalp (instead of just sitting on the hair) the better and more effective it will be.

I recommend leaving it on for 10-30 minutes before washing it off with luke-warm water. Don’t use very hot showers as they can damage the hair.

Massaging the mixture into the scalp every day, or every couple of days will be an extremely effective way to block the DHT and provide nutrients to the hair follicles and you should start to see positive results after just a few months of consistent use.

It’s easier to make enough mixture for a couple of weeks and then store it, rather than having to make a new batch each time. However, I don’t like to store it for longer than a few weeks.

The best option is to place it in a small glass container, ideally one that uses dark glass, as bright light can sometimes degrade the quality of the oils. However, inside the refrigerator there won’t be much light unless you leave the door open a lot.

This site uses Akismet to reduce spam. Learn how your comment data is processed.